Five high-level resignations have dealt a major blow to plans for the World Equestrian Games in Canada, scheduled for 2018.

The board of directors is responsible for delivering the Games, set to be staged in Bromont, near Montreal.

Bromont’s bid for the showcase FEI event followed a long selection process which highlighted the financial and logistical challenges faced by hosts in bringing the Games to fruition.

A statement from the organising committee, the Comité organisateur des Jeux Équestres Mondiaux 2018 (COJEM) said: “Faced with a number of issues since the beginning of their respective mandates, the two leaders came to the conclusion that, without major changes and the reiteration of their strong support from all partners and stakeholders, they will not be able to deliver and to stage the Games as planned in two years.

“They therefore resigned from their positions, both for professional reasons and in the hope of delivering a necessary wake-up call.”

Duffar’s resignation as board chairman is effective immediately. Fournier, as chief executive, is required to give three months’ notice. The organization also accepted the resignation of Payette and Perreault, the statement said. Both La Voix de L’Est and Horse-Canada.com are also reporting the departure of Heathcott.

Fournier sounded a warning in La Voix de L’Est over the future of the Bromont Games if nothing was done to correct the situation.

Fournier, an experienced events manager, said he had reached the conclusion that he would not be able to deliver a quality product under the current conditions.

“It will take someone better equipped than me to do it.

“I had no option but to resign.”

Fournier appeared to lay some of the blame for the current situation with the FEI.

Fournier told the newspaper that tensions with the FEI had become untenable. 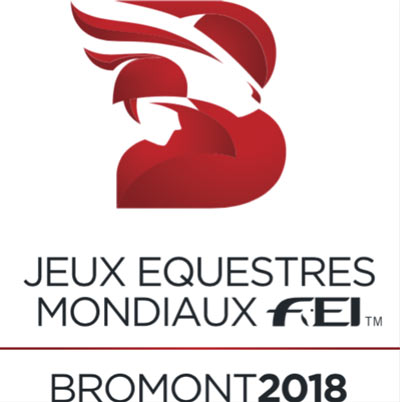 He said the FEI was asked repeatedly to ease its financing terms for the Games, apparently without success.

He said the Quebec Government had injected funds which had kept the Games effort moving.

“We cannot keep going on the ropes like that,” he said. “In any case, not me.”

The event’s operational budget is estimated at $C72 million. About $C20 million in capital works are also required to stage the Games.

Delays in the Canadian Government granting financial support to the Games – organisers are hoping for nearly $C9 million – had resulted in unfortunate flow-on effects, he said.

International sponsors were holding back, he explained, worried that the federal government had yet to commit funds to the Games.

Only luxury Swiss watchmaker Longines, a sponsor of the FEI, had come on board with substantial backing to date, he told the paper.

Local authorities had committed $C2 million in cash and services, but would not underwrite any shortfalls that resulted from staging the Games.

Fournier said he was saddened by the situation. “I came here because I wanted to deliver.”

He said he was hopeful that the resignations would shock stakeholders into action. He hoped that the current situation did not turn people against the Games project.

The Canadian Games would mark only the second time the event has been held outside Europe.