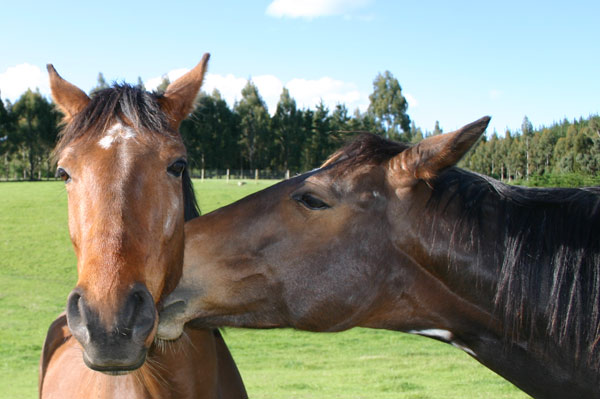 Five British universities are in the media spotlight after their use of horses in experiments was revealed by a Freedom of Information (FOI) request by a campaign group.

Cruelty Free International said this week that at least five British laboratories, including Cambridge, Bristol, and Liverpool universities, the Animal Health Trust, and the Royal Veterinay College, had carried out experiments on horses or ponies in recent years.

Cruelty Free International said its information showed 8079 experiments were carried on horses, ponies and donkeys in the UK in 2014. The Royal Veterinary College stated it had carried out 79 horse experiments, while the University of Liverpool used 18 ponies in research.

It said the University of Bristol had previously used ex-racehorses, dartmoor, and welsh ponies in pain experiments. “The horses were subjected to both thermal and mechanical pain while the effectiveness of a painkiller was assessed. A ‘special heating device’ was placed on the horses’ shaved neck skin and blunt pins pushed against their legs until the animals reacted in pain.”

“Cambridge University has authorisation from the Home Office to carry out experiments on pregnant horses and their unborn foals. Up to 150 horses over a 5-year period (until 2018) can be used,” the lobby group said.

Cambridge University said it had not used horses in research since 2011.  A spokesman told the Cambridge News: “We only use a small number of horses in research, and have used none since those reported in our 2011 Home Office return. Although one Cambridge licence still authorises the use of horses, none have been used under the authority of this licence.

“All of the horses used in our research were sourced from a recognised supplier. By law all horses have passports, so their provenance is known. The animals were cared for by our staff qualified and checked regularly by a qualified veterinary surgeon.”

Michelle Thew, Chief Executive, Cruelty Free International said: “Many people share their lives with horses and ponies and we believe the public will be horrified to learn that these majestic animals are subjected to such cruel experiments here in the UK.

“Just as disturbing is the revelation that there are no restrictions regarding where the laboratories can obtain these animals. Instead of continuing to exploit horses and ponies in these experiments, we urge researchers across the UK to shift their focus to developing humane methods. The UK should be leading the way in reducing animal testing.”