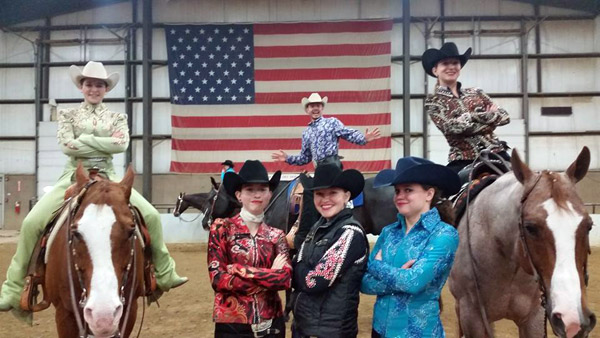 A school equestrian team has made headlines in the US as the first to make it all the way to the Interscholastic Equestrian Association Nationals in its first year.

The Ohio Equine Team is led by the very busy father and son duo Jeff and Ryan Geiger, who boast World and Congress Top 10s in Reining, Western Pleasure, Hunter Under Saddle, Showmanship, and Performance Halter. 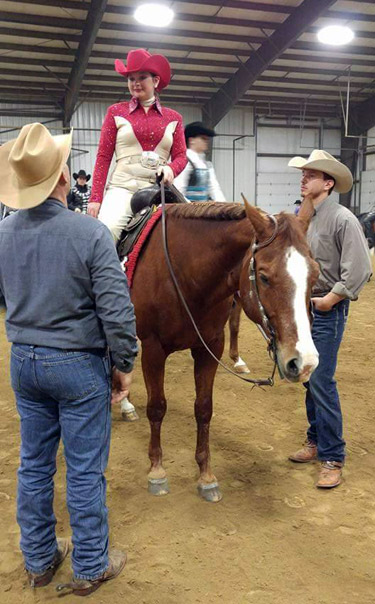 The Interscholastic Equestrian Association (IEA) is a nationwide organisation in the USA allowing for students in grade 6 through 12 to show horses without owning a horse. The horses are provided at the shows.

“The team just keeps amazing us,” Ryan said. “We started out with the expectation to just learn the ropes the first year. Next thing we know are being told we are the first ever team to make it to nationals in year 1!”

The team has been featured in Take the Reins magazine, as well as on CompetitorCentral.com.

Horse providers for the IEA are very sought after, especially those who can provide quality horses, and the Geigers have been busy in that area as well.

“Last year, the Penn State coach called us, he said he had heard about what nice horses we had to offer, and asked us to bring some to one of his shows,” Ryan said.

“We do everything we can to provide proven horses for these kids to show on. A lot of them are only showing at these IEA shows, and we don’t think it would be right to take just a ‘safe’ horse, as many people seem to do. Don’t get us wrong, we realise that may be all some people can take, but we have some of the top horses in the nation.

“Jeff and myself both want these kids going home and telling everyone ‘I got to ride a congress top ten horse today’ or ‘I got to ride the reserve horse at the buckeye reining series’. Those are the type of horses we take to these shows.”

The pair will also coach Ohio Wesleyan’s College team for the 2016-2017 season. “We are so excited to be coaching the Battling Bishops next year. We have a million ideas and plans for the team. Jeff and myself are beyond excited!” Ryan said.

As well as their IEA team, the pair coach about every discipline possible in the AQHA world, they have an extensive riding lesson program, an Intercollegiate Horse Show Association (IHSA) team, and more “exciting things” on the way, Ryan said.

So how do they fit all this in? Ryan says there is a lot of team work in the operation, and everyone at their barn is “part of our family”.

“We help each other out constantly. Everyone realises that when they are competing, others will be there for them, and that when they have down time, it their turn to chip in. We structure it that way across the board, from IEA team members to AQHA clients who show competitively. 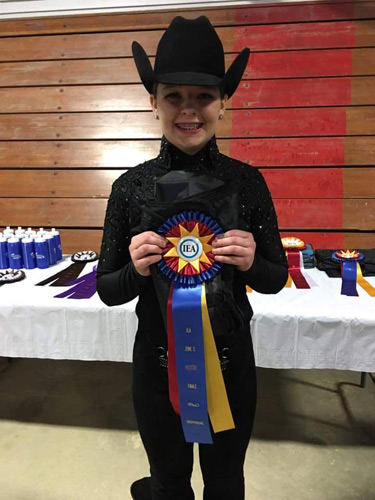 “Second, my dad and I have learned to capitalize on what each of us do best. There is no way either of us alone could do just half of what we can do together.

“Lastly, we understand that there is a job to be done. Not just that, but we refuse to do anything less than 100%. Whether that means earning reserve Roan Horse in the country for one of the horses, or meeting a new IEA team member late at night at the local tack store to make sure they are getting what they need to compete,” Ryan says.

He said that philosophy extends to the lessons they offer as well, “even if it is someone who comes once to ride and we never see them again”; they will get a lesson on a superior western pleasure horse, or a NRHA multiple title earner, or a congress top ten horse, or a level 4 dressage horse.

“I say that half joking, but if we give everyone 100% effort, then they in turn keep coming back and asking for more and more. Everyone is equal in our eyes. They know this, and they drive us to keep pushing ourselves forward so that everyone can do more and achieve more with us.” 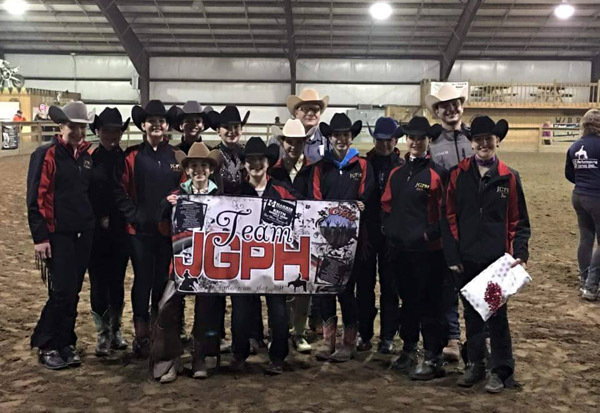