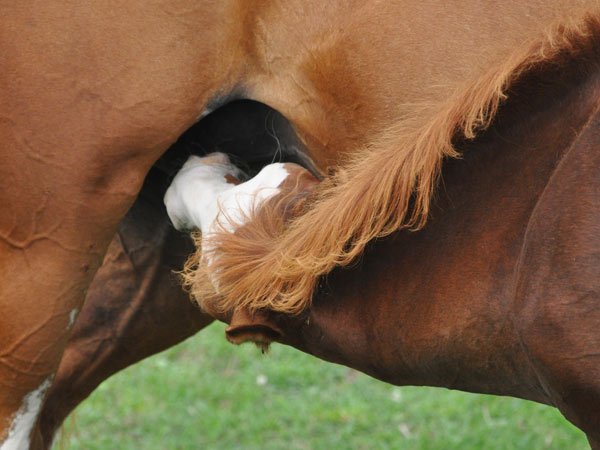 Milk produced by horses, mules, donkeys and zebras has been lined up against other mammals as part of a study conducted by Chinese and American scientists.

The milk production of equids appeared alongside a long list of mammals, including humans, in a table produced by the researchers. It showed that human milk was much fattier than mare’s milk, while the latter had a considerably higher ratio of protein.

Guoyao Wu and his colleagues collated data from previously published studies to produced their table.

The research team, writing in the Journal of Animal Science and Biotechnology. described the lactating gland as a highly organized organ.

Development of the mammary gland, which is affected by the provision of amino acids, is closely linked to the reproductive cycle of all mammals.

At present, they said, there was a general lack of information about the metabolism of amino acids in lactating mammary tissue.

More research on amino acid metabolism in mammary tissue would not only advance knowledge of lactation biology, but have practical implications for improving the efficiency of livestock production to sustain animal agriculture worldwide, they wrote.

“Results from animal studies will also have important implications for optimizing milk synthesis by lactating women as well as infant growth and development in both developed and developing countries.”

The table below provides a breakdown of the composition of mature milk in domesticated and wild mammals.

Values are given in grams per kilogram (g/kg) of whole milk. Non-protein nitrogen (NPN) refers to total nitrogen in the milk, less the nitrogen contained in protein. (Nitrogen content in milk protein is 15.67%)

The sources cited in the table can be found in the full study. 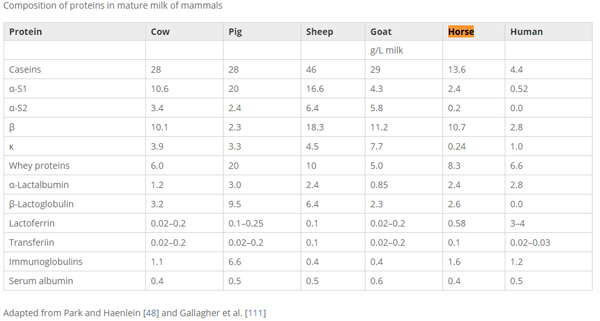 The full study, published under a Creative Commons License, can be read in full here.

One thought on “How does mare’s milk measure up against other mammals?”