A British runner is making a special pilgrimage to take part in the toughest footrace on the planet to raise funds for charity in the Sahara desert – and to pay homage to her late horse.

Combat medic technician and student paramedic Rebecca Drackley will run the Marathon des Sables to raise funds for working animal charity SPANA. She will also be taking the ashes of her beloved family horse, Dorzac, to scatter in the Sahara desert.

The 37-year-old from Birmingham has been an avid horse rider from an early age. She will begin the ultra-marathon on April 8 and over six days will cover 156 miles of the Sahara desert, in temperatures up to 48˚C. The rules of the race means that she will have to be self-sufficient, carrying everything that she will need to survive, in her backpack.

“I have a very soft spot for horses and that extends to all working animals, they deserve to be treated with the utmost respect and care. I chose to raise money for SPANA as they provide emergency care as well as education to areas of the world that need it most,” Drackley said.

“Training for the race has been really tough, mentally and physically. I’ll be relying on some heat training in saunas and trying to keep myself fit and healthy before I set off.”

SPANA provides free veterinary care to working animals – such as horses, donkeys and camels – in some of the world’s poorest communities. Drackley is a keen supporter of SPANA’s work and took part in the Brighton Marathon in 2014 in aid of the charity.

“We’re completely in awe of Rebecca for taking on this gruelling challenge to raise funds for SPANA,” said chief executive Jeremy Hulme.

“The money she raises will enable us to help even more working animals in many of the world’s poorest countries. These animals – which do the job of trucks, tractors and taxis – are relied upon completely by the owners for their livelihoods, but without SPANA they would have no access to much-needed veterinary treatment.” 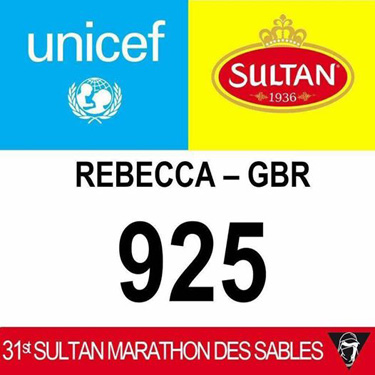