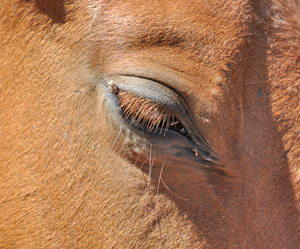 Two horses died during jumps racing on the fourth and final day of England’s Cheltenham Festival, bringing the total number of losses at the popular event to seven.

Montdragon, also aged six, collapsed and died in the Conditional Jockeys’ Handicap Hurdle run over two and a half miles.

Their deaths follow five other horse losses on the first three days of racing.

Three horses died in separate races on the first day of the major jumps festival. The Govaness, aged 7, died in a fall at the last jump during the OLBG Mares’ Hurdle; Pont Alexandre broke down during the National Hunt Chase for amateur riders; and Rezorbi, a 5-year-old gelding, suffered fatal injuries over a jump in the closing stages of the Close Brothers Novice Handicap Chase.

The second day of racing claimed Irish racehorse No More Heroes. The seven-year-old gelding broke down near the finish of the RSA Chase, in which he was placed fourth.

No More Heroes was taken to a Cheltenham veterinary hospital, but was euthanized that night because of the severity of his tendon-related injury.

The third day of racing saw the loss of Niceonefrankie, who fell heavily at the fourth last fence of the 4.10pm handicap chase.

The animal advocacy group, Animal Aid, was quick to condemn the losses, saying it was the highest death rate at the meeting in more than 10 years.

The group claimed the racing establishment was desperately trying to dampen any news and debate about the multiple deaths.

It said 53 horses had died at the Cheltenham Festival since the year 2000.

“The horses, who are supposedly cherished by the world of racing, are merely disposable commodities, as we have seen this week,” Animal Aid’s horse racing consultant, Dene Stansall, said.

Stansall accused the racing establishment and Channel 4, which provided extensive coverage of the festival, of remaining “almost silent” over the deaths.

The British Horseracing Authority’s chief veterinary officer, Jenny Hall, said: “First and foremost, our thoughts today are with the connections of Long Dog and Montdragon, in particular all of the staff who will have loved and cared for the horses during their lives.

“It is notable that four of the fatal injuries incurred this week were not related to a fall over a hurdle or fence.

“Horses are at risk of serious injury throughout their lives, regardless of the type of equestrian activity they participate in.

“We will work with Cheltenham to assess all of the incidents that took place this week. We have a good relationship with the RSPCA and World Horse Welfare, and, as always, we will work with them to ensure we continue we do all we can to make racing as safe as possible.”

An RSPCA spoksman said the charity wanted to now more about the deaths and their circumstances before commenting on the losses.