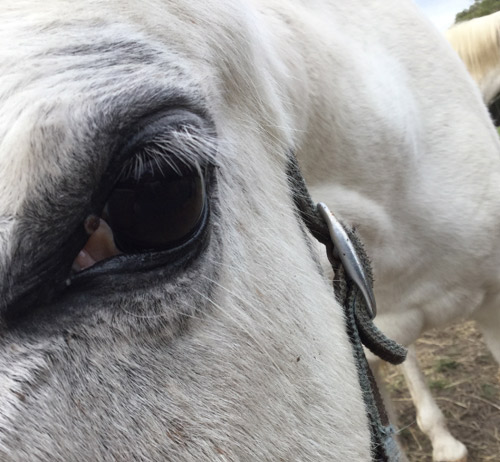 An Australian researcher has identified 59 rider deaths in the discipline of eventing since 1993.

Denzil O’Brien collected and collated information on the deaths with the help of Dr Bruce Paix, an Australian anaesthetist and trauma and recovery specialist whose published research on eventing-related injuries has been widely cited.

O’Brien, who is currently involved in research on rehabilitation and spinal cord injury, provides an overview of the deaths in an article published in the journal, Animals, in which she explores obstacles to risk calculation in eventing.

The data collection was based on online articles from recognised newspapers and magazines, often followed up by on-line newspaper reports of coronial findings

O’Brien reported that the deaths occurred across all levels of the sport, from Pony Club competitions to regional championships.

She found that 41 of the deaths were confirmed as resulting from a rotational fall. In eight cases, there was no verifiable information on whether the horse fall was rotational or not.

Her paper traverses the various challenges around capturing data on general horse-related injuries, and notes that many different approaches to the identification and quantification of risk in eventing have been used over the years. These range from measuring the number of falls or injuries as a proportion of the number of participants, calculating the number of injuries per hour spent in the saddle, and more elaborate surveillance and montoring projects which provide more detailed data.

O’Brien says evidence gathered on eventing highlights the risk around jumps, and the action of the horse jumping.

She notes that the world governing body for horse sport, the FEI, has led the way in developing changes to the infrastructure of the sport in order to reduce risk for riders and horses, with changes revolving primarily around jumps, their construction, and the rules governing how they can be jumped.

“First, after the sudden cluster of six rider deaths in 1999, five of them resulting from rotational horse falls, the FEI immediately changed the rules governing how a rider might re-present a horse to a jump if it had refused, or not approached the jump correctly.

“Until this time, as long as the horse was not deemed to have stepped backwards, the stop was not considered a refusal, and therefore incurred no penalties. The rider could simply ask the horse to jump from a virtual standstill after an initial failure to jump, greatly increasing the likelihood of the horse breasting the fence because of lack of momentum, dislodging the rider forwards, and then somersaulting over the jump onto the rider on the other side.

“The rule changes now require a rider to circle away and attempt the jump again, incurring penalties, or opt to take a longer, slower option with alternative obstacles, which will also incur penalties.

“Secondly, the FEI has overseen and financed the development and introduction of significant technical interventions in jumps construction, with the invention of so-called ‘frangible pins’, a system which deconstructs the jump when it is subjected to the force exerted by a horse colliding with it (i.e., at the start of what might otherwise be a rotational horse fall).

“Interestingly,” she continues, “the most recent research from the FEI has found an increased risk for horses falling at fences with frangible pins – definitely an unforeseen consequence of a research-based safety innovation, and clearly a focus for further research.”

She notes that the FEI has also supported research and development around helmet manufacture and body protectors, ensuring that comparable safety standards across all jurisdictions could allow the FEI to mandate the use of particular helmets and body protectors.

In addition, the FEI’s comprehensive data collection from all international and national-level events has provided a base upon which to assess risk with greater accuracy, rather than simply counting numbers of rider falls and injuries.

O’Brien says it is clear from the evidence that many factors interact to result in a fall in eventing, and the risk of such falls is neither evenly distributed nor constant.

“However, given that more than 90% of these falls happen at the jump itself, future research should then focus appropriately.”

She notes that the FEI is already undertaking a major research project on the factors which contribute to falls and injuries, first by examining the role played by specific fence types in horse falls, and then concentrating on rider and horse qualifications.

O’Brien says systems should be established to ensure accurate recording of the circumstances surrounding all falls of riders and/or horses at all competition levels, in every eventing country in the world, including information on as many variables as possible.

Such information would provide the basis for future multilevel analyses which may help unravel the many variables at play, she said.

O’Brien suggests eventing organisers should be encouraged to concentrate their limited resources on jump-related interventions in a bid to reduce falls, while not ignoring other interventions.

She argues for more research around what is an acceptable level of risk in the sport of eventing, for the horse, the rider, the public, and the organisers.

“Each group will almost certainly give a different assessment, and these assessments must play a role in arriving at an overall assessment of risk, and an acknowledgement of a degree of acceptance of risk.

“As far as the riders are concerned, one research study suggests that eventers are generally more concerned about injury to their horses than to themselves, and that riders identify the horse itself as the source of risk, at the same time expressing the view that an effective partnership between horse and rider is the best form of risk mitigation. Thus the horse is represented as ‘both source and saviour of risk’.”

O’Brien said her paper had not dealt at all with the risks for horses in eventing, but at least 74 horses were known to have died in competition, or immediately afterwards, since June 2005 – an average of more than seven a year.

“The fate of eventing horses is not well documented, as their deaths have been rarely reported until relatively recently, and they may very well sustain an injury which requires euthanasia away from the competition,” she writes.

“No central record system exists for eventing horses, other than their competition record. In the current climate of strong public antipathy to the perceived cruelty to animals, combined with ambivalence about the use of animals for entertainment, the issue of horse fatalities in the sport of eventing will undoubtedly soon attract public attention, as it has in the sport of jumps racing.”

O’Brien says eventing can never be totally risk-free for riders or horses.

She says although more research needs to be done on the topic, risk calculation based on the number of rider injuries and deaths as a proportion of the number of jumping efforts indicates that eventing is unlikely to be as dangerous as motorcycle racing, as previously reported in widely cited research.

“The focus of risk calculation in eventing should be first on the jump, and the action of the horse jumping, and on preventing horses from falling at jumps. It is by focusing on the locus of risk — the jump — that eventing will have a sporting chance.”

The article, published under a Creative Commons License, can he read in full here.