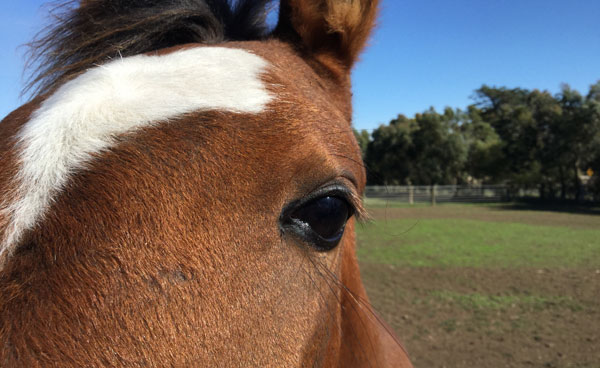 Yes, we’re living the dream. Or is it a nighmare? Followers of horse sport will be well aware of the endurance troubles in the United Arab Emirates (UAE) that hit the headlines this past month.

We now have a new deal and, who knows, maybe the dust will finally settle around UAE endurance and the FEI can return to happy families.

It is now a matter of waiting to see if the new measures will make any significant difference, which provides a nice window to look at the issue of reputational damage to horse sport.

Scandals are never far away in any number of sports, it would seem. And the damage can be very real.

Take cycling, for example, where Lance Armstrong turned the Tour de France into the Tour de Farce. The doping stories that emerged in that sport have done terrible harm to cycling’s reputation. I, for one, struggle to take the sport seriously any more.

Doping has been a blight on many sports, especially so athletics in recent times.

To this day, there are world records from the 1970s that still stand, with marks that modern “clean” athletes have been unable to get near. I guess, if nothing else, it shows that officialdom can stay ahead of the drug cheats to some degree at least.

And then we have match-fixing. A whole host of professional sports have been embroiled in match-fixing allegations. Cricket, tennis, you name it.

When we read about doping in athletics, our opinion of the sport is diminished. When we learn about match-fixing in cricket, we begin to wonder when we see curious quirks during the game.

Followers of horse sport tend to take scandals within its disciplines personally, because they are well aware that the horse is not choosing to compete. It is not a case of an athlete abusing their own body. So, if horses are seen to be pushed too hard, or suffer nasty mishaps, we react.

It is illustrative to look at other sports, because it gives us some insight into what “outsiders” might think of our sport when they read about welfare problems in endurance, hyperflexion in dressage, racehorses being whipped, or steeplechasers tumbling over fences.

Scandals really do cause damage.

The world has moved on a great deal since I started in journalism, with an Olivetti Lettera 22 manual typewriter in front of me. Back then, Social Media would have been a great name for a rock band, but little else.

Today, it has more power than traditional media in many ways. It can get things done. It can provide feedback in seconds, even if it isn’t necessarily welcome. It can be cruel and kind, sometimes all at once.

What worries me at the moment is the inability of horse sport administrators to be able to effectively deal with these problems and move on.

The UAE problems have been like a death by a thousand cuts for endurance. It is the crisis that just keeps on giving.

How could the scenes we saw in the closing stages of the junior and young riders’ race at Al Wathba on January 30, which caused such a storm in social media, have been allowed to happen following the agreement signed between the FEI and the Emirates Equestrian Federation last year?

Who was to blame? The riders? The trainers? The endurance stables? The organising committee? The Emirates Equestrian Federation? The FEI?

On this particular issue, I think the perceived need for diplomacy in the last 18 months has trumped the need for meaningful action – or meaningful enforcement.

So, a few days ago we learned of the 12 new measures aimed at sorting out UAE endurance once and for all.

FEI secretary general Sabrina Ibáñez said after the agreement was announced: “We need to change hearts as well as minds, and the solution lies in education and dialogue, as well as taking a tough line with sanctions.”

I am sure that Ibáñez is right, yet 11 of the 12 measures amount to changes to rules and procedures. The only change that could even remotely touch on the “hearts and minds” of riders is their required attendance at a ride briefing. But even that is a stretch.

So, here’s the final question as we write another chapter in this long-running saga: Have we seen the last of the damaging headlines that have plagued endurance?

If not, I think it is fair to say that our horse sport administrators are not a quick study.

5 thoughts on “Death by a thousand cuts in equestrian sport”