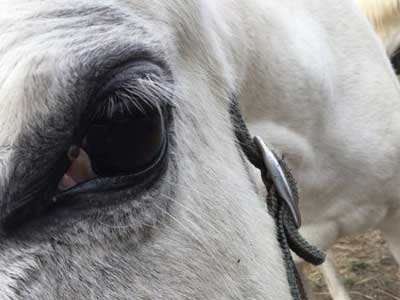 Twelve measures have been agreed by the FEI and the Emirates Equestrian Federation in a bid to end the endurance problems in the United Arab Emirates which have damaged the sport.

The four worked through the exact measures to be implemented at international and national endurance events in the UAE for the rest of the current season, which ends early in April.

The twelve approved measures, which will be applied for the rest of the UAE Endurance season, are:

The talks followed recent meetings between the FEI and the EEF in both Switzerland and the UAE, after which the EEF postponed four endurance events so that agreement could be reached on proposed measures to urgently address serious welfare-related issues in endurance in the region.

The CEI 3* 160km HH The President of UAE Endurance Cup, attended by Mr De Mello, took place on Saturday in Al Wathba, following agreement with the FEI on the measures.

The FEI said in a statement that the event, held at the Emirates International Endurance Village, was well organised, with the winning combination posting an average speed of 26.3kmh. It said all horses crossed the line in good health.

FEI secretary general Sabrina Ibáñez said after the agreement was announced: “We need to change hearts as well as minds, and the solution lies in education and dialogue, as well as taking a tough line with sanctions.

“The Emirates Equestrian Federation has been bold, taking stringent action as seen recently with the suspension of events and sanctioning athletes and trainers, clearly demonstrating their commitment to work together with the FEI to eradicate the incidents that have tarnished the sport.

“We will continue to work together to ensure progress.

“Protecting horses comes first and we are determined that this specific value is upheld at international and national-level endurance competitions.

“While the FEI does not have jurisdiction over national events, we will continue to do our utmost to ensure that changes at an international level are also felt nationally.

“It is clear for everyone what is at stake, and the FEI is working closely with the EEF to make sure that any challenges to run the sport within the FEI’s clearly mapped rules are overcome, and that everyone in the sport understands the importance of standing by the measures implemented for the rest of the season.

“By continuing to work together we feel we can greatly impact the sport in the region long term.”