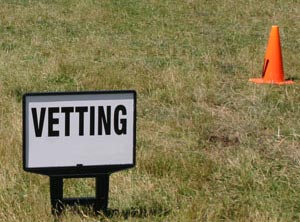 Dark clouds are gathering over the fate of the world endurance championships set for Dubai in December, after Switzerland’s national equestrian federation urged the FEI to find another host nation.

The Swiss federation’s view echoes that of the American Endurance Ride Conference, whose board has told the US Equestrian Federation that it wants the world championships to be removed from the United Arab Emirates (UAE) to a “more suitable location”.

It asked the US governing body to forego plans to send an American endurance team to the championships should the event proceed in Dubai as planned.

The sport in the UAE has been embroiled in controversy over horse welfare issues in endurance.

The issue reached a head after video footage showing the closing stages of a junior and young riders’ race at Al Wathba on January 30 was widely shared on social media.

The footage showed a chaotic procession of support crew venturing on to the course with slosh bottles to cool the horses, some of whom were clearly tiring. Five riders were subsequently disqualified for beating their mounts.

Now, the Swiss Equestrian has weighed in, calling for the FEI to change the venue for the world championships.

The federation said in a statement that concerns remained over the state of UAE endurance, despite the agreement reached last year between the FEI and the Emirates Equestrian Federation.

It cited up to 10 catastrophic injuries since the beginning of the season in October 2015, with seven horses confirmed dead.

The Swiss body said that while it supported the FEI in last year’s agreement aimed at tidying up UAE endurance, there had been further abuses and few improvements, with the exception of the Bouthieb venue, where local rules have successfully safeguarded horse welfare.

The Swiss federation said it believed that the trust between the international equestrian world, the FEI and the leaders of the sport in the UAE had been damaged because, in its view, the agreement had not been respected.

It suggested it was appropriate for the FEI to seek out a new venue for the endurance championships, saying the world governing body needed to take long-term measures for the benefit of horses and a fairer sport.

The Dutch equestrian federation has also aired its concerns over endurance in the UAE, saying it had been in contact with the FEI about the issue. It said it had sought action on the matter.

The federation said it was shocked by footage of the young riders’ race at Al Wathba on January 30.

It said it would support the FEI over any upcoming measures. If these proved ineffective, the Dutch federation would take its own steps, it said.

Endurance Great Britain has also weighed in on the issue, saying that while there had been reports of many improvements, especially so at the endurance venue in Bouthieb, it was deeply concerned and shocked by the video that emerged from the January 30 Al Wathba event.

Its board said it had written to the British Equestrian Federation about its concerns and had asked that they be passed to the FEI.

“We have requested that further action be taken and that this is made public as soon as possible.

“The FEI have a duty to address a culture of riding horses beyond their means in the sport of endurance.”

The board said it fully supported the FEI in implementing new measures to protect horses and the sport worldwide.