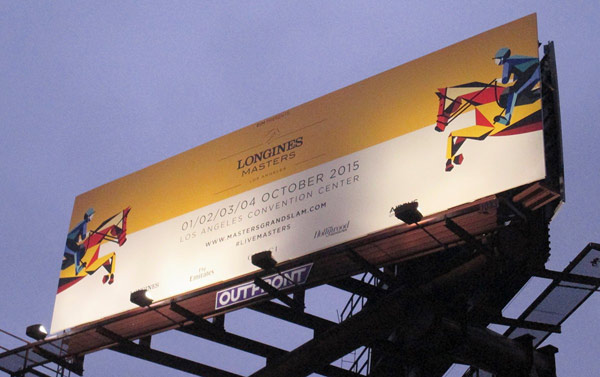 Fabien Grobon, the CEO of the 2014 FEI World Equestrian Games Normandy 2014, has moved on to become managing director of showjumping company EEM.

Grobon, who held the Normandy post for five years, starts his new role on September 1 at the company founded in 2009 by Christophe Ameeuw, who remains CEO.

Grobon’s main task will be on the development of the Longines Masters series, which is run on three continents and recognised as the most prestigious indoor showjumping competition worldwide.

A 2000 graduate from Insead, Grobon joined consulting firm AT Kearney as senior associate, and then turned his attention to the sports business. From 2001 to 2010, he held the positions of General Manager of Marketing and Licensing and then Managing Director of Sponsorship within the French tennis federation for the French Open, Roland Garros.

EEM founder and CEO Christophe Ameeuw said Grobon’s move to EEM was an important step for the company and its projects.

“His experience and skills in sports management, both in the 2014 WEG and Roland Garros, will help us pursue our ambition to bring the concept of the Longines Masters to the front of the international stage,” Ameeuw said.

Established in three of the biggest cities – Los Angeles, Paris and Hong Kong – the Longines Masters series is recognized by the FEI and is one of the most prestigious equestrian competitions worldwide. The concept of the Masters was born in 2009 with the Gucci Paris Masters, now renamed the Longines Masters of Paris.

The world’s best riders and horses will compete for $1 million in prize money at each leg of the series. In addition, any rider who consecutively wins the Longines Masters Grands Prix in Paris, Hong Kong and Los Angeles will be rewarded with the €1 million Masters Grand Slam bonus. For two successive victories, the rider will be awarded €500,000, and winners of two non-successive victories within a series of three Longines Masters Grand Prix will receive a €250,000 bonus.

The events are broadcast in more than 120 countries and reach almost 550 million viewers.