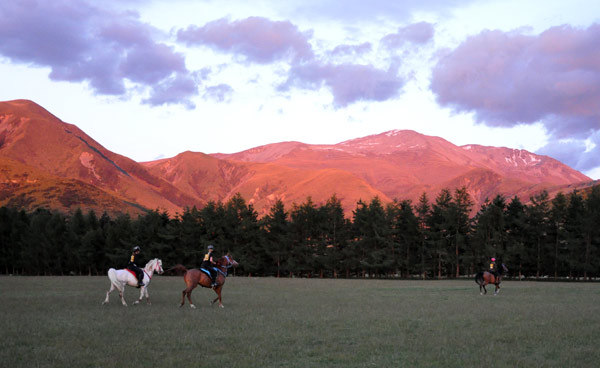 New Zealand’s championship endurance rides will be reduced to two-day events on a trial basis as a cost-saving measure.

Events affected include the North Island, South Island and National Championship rides, which cost up to $40,000 each to run.

In a communication to members this week, the country’s endurance board said that based on the 2015 Nationals budget, reducing a ride to two days would save up to $7000, “reduce metabolic issues and condense sponsor exposure and impact”.

She said rides were funded by entry fees, grants received and some cash sponsorship. “As our opportunities for successful grant applications decrease and costs rise we need to look at ways of increasing revenue and decreasing costs.”

Other than reducing the rides from three to two days, the board felt the only other solutions would be to increase the entry fees for the rides, and to use its reserve funds, which were its least favourable options, she said.

Muir also pointed out that, based on 2015 Nationals entries, only three riders would be affected by condensing the ride into two days.

“At the 2015 Nationals we had 121 competitors competing in 19 classes with a further nine classes scheduled with no representation at all. This is spreading our fields too thin and reduces competition.”