Plans by federal authorities to remove the famous Salt River wild horses from Arizona have been condemned by wild horse advocates, who fear a national treasure will be lost.

The US Forest Service posted a formal notice on July 31 advising that an operation to muster the horses in Tonto National Forest, in Mesa, could begin as soon as Friday.

The reaction of wild horse advocates has been swift as they seek to save the herd.

The horses have never been designated as protected. They are not covered by the Wild and Free-Roaming Horses and Burros Act, which applies to mustangs living in formally recognized management areas.

A Tonto National Forest spokesman, Chandler Mundy, told ABC15: “It just boils down to a safety concern for the Forest Service.

“We have horses out there on Forest Service land and we have no authority to manage horses and this is how they’re proceeding to remedy the safety issue.”

However, it is acknowledged that there has never been a documented incident of the horses injuring anyone.

The Salt River Wild Horse Management Group, dedicated to the preservation of the horses, expressed its dismay at the decision. 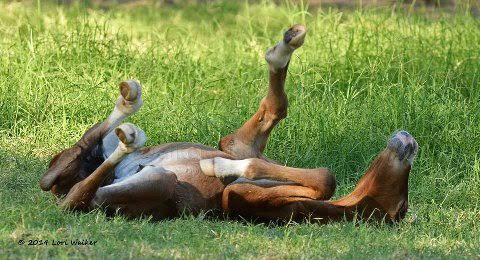 The group said it was shocked to learn that the Forest Service had instead opted to remove the horses, hold them for only a few days, and then auction them.

“While we used to have over half a million wild horses in Arizona a hundred years ago, we now have less than 500 left and that includes the BLM herd management areas and the Heber Territory that the Forest Service is also planning to zero out,” the group’s president, Simone Netherlands, said.

“There is no reason why the Forest Service should want to rob Arizona of this historically, economically and ecologically significant herd. 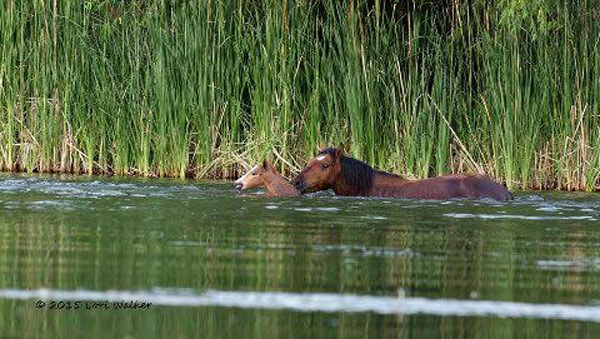 “Why are they in such a hurry and why are they doing this without a fair public process?

“This is one of those points in time that mankind is really going to regret years from now.

“If the horses are rounded up, the Forest Service is making an historical mistake that cannot be reversed.”

Netherlands said that, in 1971, the Forest Service was mandated by the Wild Free Horse and Burro Act to establish wild horse territories where wild horses and burros existed at that time.

She said the Forest Service admitted that the Salt River Wild Horses were present at that time and many eyewitnesses and articles proved that fact. 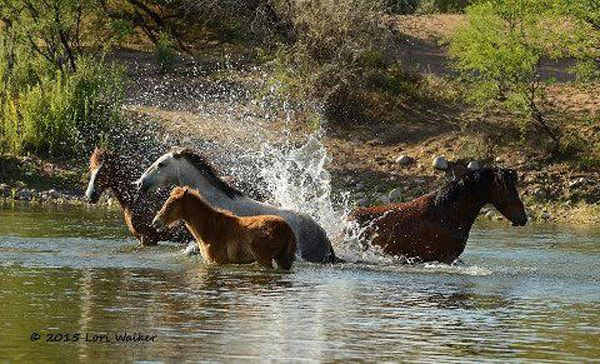 “Yet they did not create a territory for the herd,” she said. “The reason for this has never been answered by the Forest Service.”

The group believes that the Forest Service violated federal law by refusing to assign a Wild Horse Territory where they had records of wild horses roaming as far back as 1930, according to its Environmental Assessment of the Sunflower grazing allotment.

Historic news articles published between 1890 and 1927 document a population of over 500,000 wild horses roaming Arizona at the turn of the century.

It is believed that they were brought to the area by the Spanish missionary, Father Eusebio Kino, in the 17th century. Today, there are fewer than 500 wild horses remaining on public land in the entire state. 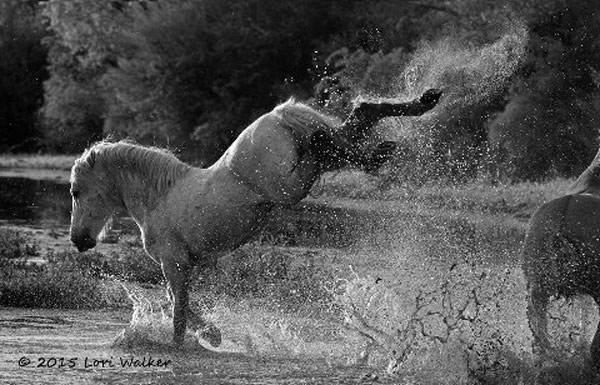 The management group’s primary aim is to preserve the herd for future generations, but as a second option it would welcome them into their sanctuary in Prescott, Arizona in order to prevent them from ending up in cruel situations.

Elaine Nash, another advocate for the horses, told Horsetalk it would be especially sad to remove these particular animals because they had adapted uniquely to their environment.

She said they had become almost a type of “water horse”, like the rare Chincoteague and Assateague ponies on the islands of the US east coast, eating and thriving on river grass and other forage not usually eaten by horses.

“There are great videos and exquisite photos that demonstrate these ‘river horses’ eating river grass, and living in the river itself like no other horses in this country.

“These horses demonstrate their adaptability to their environment in fascinating ways.”

She said she could not imagine these horse having to live out their lives without their river.