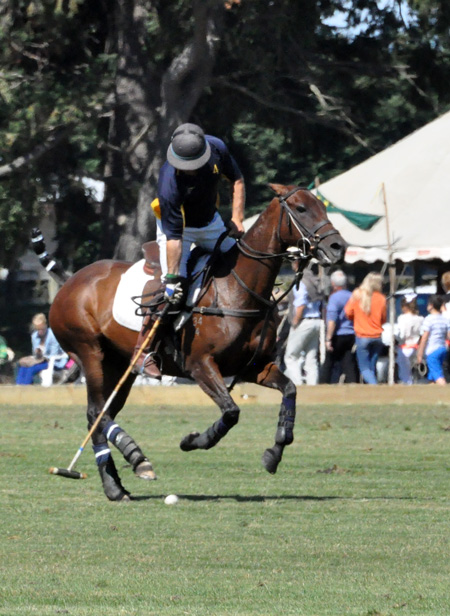 A British study of 60 polo ponies involving the collection of data from movement sensors found that a large proportion had gait asymmetries.

The study was conducted by researchers at the Structure and Motion Lab and Clinical Science and Services at Britain’s Royal Veterinary College.

Dr Thilo Pfau and his colleagues set out to quantify movement symmetry and lameness in a population of polo ponies, and to investigate any relationship with age.

The 60 animals were equipped with inertial motion sensors attached to the poll and also between the tubera sacrale, located centrally near the high point of the rump.

In all, 60 percent to 67 percent of the horses were classified with movement asymmetry outside published guideline values for either the forelimbs, hindlimbs, or both.

“Neither forelimb nor hindlimb asymmetries were preferentially left or right sided, with directional asymmetry values across all horses not different from perfect symmetry and absolute values not different between left and right lame horses,” the researchers reported in their study, published online in the peer-reviewed Equine Veterinary Journal.

None of the symmetry parameters increased or decreased significantly with age, they reported.

“A large proportion of polo horses show gait asymmetries consistent with previously defined thresholds for lameness,” they concluded. “These do not appear to be lateralised or associated with age.”