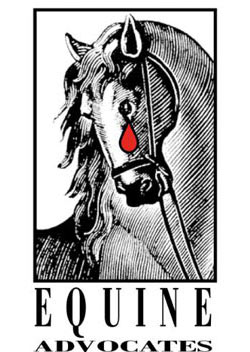 Horse welfare issues are in the spotlight next weekend as equine and medical experts get together for the fourth annual American Equine Summit.

Topics under discussion at the summit held at Equine Advocates Rescue & Sanctuary in Chatham, NY, will include horse slaughter; the transfer of Premarin (PMU – pregnant mares’ urine) production to China; alternatives to ERT/HRT drugs made from horse urine; and wild horse and sporting horse issues. The Summit will also include a statement by famed writer and political activist Gloria Steinem calling for an end to the 73 year-old PMU industry.

“I want to thank you for helping to alert the public to the dangers – to horses as well as to women – that have come with the use of pregnant mares’ urine as a source of human treatment,” Steinem wrote.

A preview of the new film, One Day, by Victoria Racimo about the rescue of 1977 Thoroughbred champion Our Mims promises an emotional conclusion to Saturday’s schedule.

The first Summit was held in 2012 in response to the threat of horse slaughter returning to the US. A meeting between Summit presenter, equestrian and philanthropist Victoria McCullough, and Vice-President Joe Biden resulted in Biden adding language to the 2014 Consolidated Appropriations Act to defund horse meat inspectors.

A 2010 toxicology report proved that individuals who consumed the meat of equines treated with the common anti-inflammatory drug Phenylbutazone could be at risk for life-threatening diseases. “The 2010 report and other studies about toxicity in horse meat changed the way our government and the EU view the slaughter of American-bred equines for food,” said Equine Advocates President, Susan Wagner. “It’s not only unethical, it also poses serious risks to human health and food safety.”

Presenters for the 2015 American Equine Summit include (in alphabetical order):

Founded in 1996, Equine Advocates is a national non-profit equine protection organization. Its mission is to rescue, protect and prevent the abuse of equines through education, investigation, rescue operations, the dissemination of information to the public and through the operation of a horse sanctuary for slaughter-bound, abused and neglected equines.

3 thoughts on “US summit heads calls to end Premarin industry”