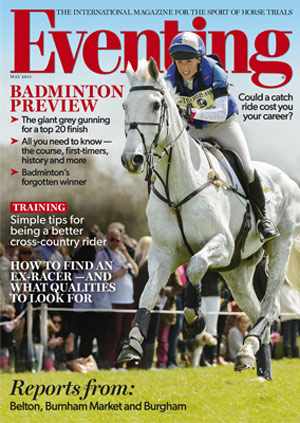 The final issue of Eventing magazine, the sister title of Britain’s Horse & Hound, will be published this month, it has been announced.

Horse and Hound reported on its website that the June issue would be the last for Eventing. It will go on sale on May 22.

Time Inc. UK, the publisher of Eventing, touted the magazine on its website as Britain’s only monthly magazine dedicated to the sport of horse trials, reaching an estimated 12,000 readers with each issue.

Horse & Hound, a weekly magazine which has been published for 130 years, said the final issue of Eventing would include the details of options available for existing subscribers.

“This move provides us with a clear strategic focus to drive the growth of our equestrian portfolio through the Horse & Hound brand.

“We are developing a range of new digital, retail, e-commerce, learning and event initiatives to appeal to the UK’s equestrian enthusiasts and you can expect more news on these soon.”

A year ago, Horse & Hound underwent a major editorial shake-up, which included the departure of its editor, Lucy Higginson, and the appointment of Sarah Jenkins in the new role of content director.

The publisher indicated at the time it would be focusing on multi-platform delivery of content.

Horse & Hound’s circulation as at December 2013 was 44,458 for both print and digital editions. The magazine’s circulation was understood to have been about 70,000 around the year 2000.