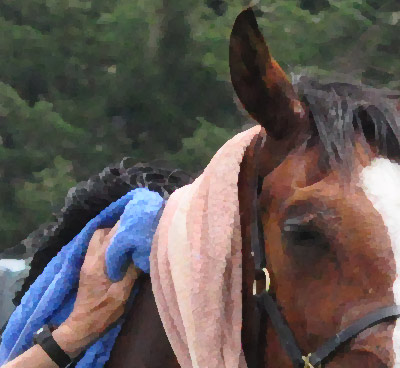 The United Arab Emirates is appealing its suspension from the FEI, imposed by the world governing body over welfare concerns in the discipline of endurance.

The FEI Bureau imposed the suspension on March 12 over what were described as major horse welfare issues and non-compliance with the rules of endurance.

The suspension followed an investigation by the FEI.

The bureau made it clear that any potential reinstatement to FEI membership was dependent on the country’s national federation signing an agreement under which it pledged to take any action deemed necessary to assure the FEI and stakeholders that it was protecting the welfare of horses and complying fully with FEI rules and regulations.

FEI secretary general Sabrina Zeender, commenting on the appeal lodged by the UAE with the FEI Tribunal, said: “It is disappointing that an appeal has been lodged and that the UAE National Federation has chosen to go down the legal route rather than seeking ways to solve the issues and make a lasting commitment to improving the welfare of the horse at endurance events in which it is involved.”

Zeender confirmed that, prior to lodging its appeal, the UAE National Federation had sent a formal request asking the FEI Bureau to lift the suspension.

That request was rejected by the FEI Bureau and, as a result, an official appeal to the FEI Tribunal was lodged.

The appeal process will be managed in accordance with internal regulations.

The suspension, which the FEI says is provisional, is for an indeterminate period.

The bureau, chaired by FEI President Ingmar De Vos, was unanimous in its decision to impose the suspension.

De Vos said at the time that such an action was not taken lightly.

“We only should do this if no other remedy can be found.

“Sadly this was the only option left, but we have to take our responsibility and must never be afraid of tackling major issues head-on.

“Where horse welfare is concerned the FEI has to show leadership and solve problems in a structural way without making any concessions.”

De Vos said the FEI had been confident that strict enforcement of the new rules implemented last August as a result of a reform process would be effective in reducing the number of catastrophic injuries and fatalities in the UAE.

“Regretfully, this has not been the case,” he said.

“There have also been other major non-compliance issues, so in the end we had no other choice than taking this drastic measure to deal with an unacceptable situation.”

Meanwhile, the Equestrian Community Integrity Unit is conducting a full investigation into allegations of fake events and the duplication of results at FEI endurance events in the UAE.

Those allegations centre around a dozen races in the UAE in which results have been found to mirror those of earlier events. The anomaly was uncovered by British equestrian journalist Pippa Cuckson, who was assisted by experienced endurance riders in sifting through race results.