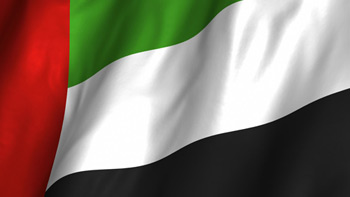 Endurance officials in Britain have voiced support for the FEI in its efforts to sort out the issues in the sport which led to last week’s suspension of the United Arab Emirates (UAE).

Their backing came as the world governing body spelt out the practical implications of the suspension.

The FEI suspended the UAE over what it said were welfare concerns and non-compliance with its rules and regulations in endurance. The suspension would remain in place until the UAE was able to satisfy the FEI it could meet the standards required.

The chairman of Britain’s endurance board, John Hudson, said on Tuesday that the endurance board supported the FEI fully in its determination to ensure endurance was properly regulated and that its code of conduct for the welfare of horses was always respected.

“We hope that the necessary changes are made to the FEI’s satisfaction,” Hudson sad.

“Animal welfare and fair play is and must continue to be of paramount importance to the endurance world as a whole, so Endurance Great Britain welcomes any action that can be taken to improve standards in both these areas.”

Meanwhile, FEI Secretary General Sabrina Zeender has written to national federations to outline the practical implications of the suspension, saying the organisation had received many queries.

She said the suspension meant that riders and horses from the UAE National Federation are not permitted to participate in any international events in endurance.

Emirati athletes are allowed to participate in international and national events organised by other national fedeations, provided they are not endurance.

The FEI says it cannot prevent athletes from national federations participating in national endurance events – or any other national horse-sport events – in the UAE.

“The question of their participation falls under your national federation’s responsibility,” she said.

“For the avoidance of doubt, the UAE National Federation is still entitled to organise national events during the period of suspension,” she said.

They would not, she said, be considered as “unsanctioned events” by the FEI. This included the discipline of endurance.

The federation said it recommended that FEI officials not officiate at any national events in the UAE in endurance. If they did so, it must be in a private capacity.

Emirati athletes eligible to compete in non-endurance events outside the UAE must do so under the FEI flag and not as representatives of the UAE National Federation.

The FEI would administer their entries for international events and act as the point of contact.

Zeender said the flag of the UAE must not be displayed at any venue outside the UAE, nor during any opening or closing or prize-giving at any event involving those athletes, whose uniforms and tack must not bear the flag or insignia of the UAE.