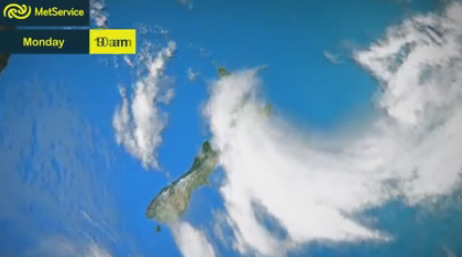 Cyclone Pam or not, the show must go on. Organisers and helpers at New Zealand’s Horse of the Year Show have been rallying to prepare for today’s official opening after a dump of rain and wind brought about by the tropical cyclone blasting the pacific.

Horses have been arriving for the past few days, but on Sunday night were relocated to safer ground to avoid the worst of the cyclone, and Monday’s competitions were cancelled. But by tonight, about 8000 people and 1800 horses are expected to be on the grounds.

Trying weather at this time of year is nothing new for the New Zealand equestrian scene, and almost a year ago to the day Cyclone Lusi forced the cancellation of showjumping’s Holy Grail competition, also in Hawke’s Bay.

Show director Kevin Hansen said up to 30 tonnes of freight was under the grandstand waiting to be moved into marquees.

“It is a colossal job getting that to all the trade sites. Some of the marquees are full of water, and we’ve been digging drains to try and clear it.”

Many of the sites can be accessed only by foot at present, while organisers work to reduce the footprint of all machinery at the grounds.

Warm-up and training areas for horses were also in short supply, but Hansen said they were working to clear areas for them.

“It has been horrendous,” says show director Kevin Hansen, “but it has also brought out the best side of human nature. The support we have received, and the understanding from riders, supporters and volunteers has just been incredible. We are hugely appreciative of that support.”

A helicopter was scheduled to fly in today to help dry out the main arena in readiness for the first big class of the show, Wednesday’s Norwood Gold Cup. Tractors with chains are on standby to help stuck trucks.

The show is worth more than $12.5 million to the Hawke’s Bay economy each year, with more than 80,000 spectators set to flow through the gates over the six days.

The show culminates on Sunday (March 22) with the presentation of the Bostock International Olympic Cup to the Showjumper of the Year.