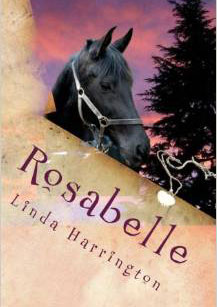 Rosabelle is a horse story for young readers, but one that more senior readers of a certain era might appreciate, too.

Set in early 1970s New Zealand, Rosabelle is reminiscent of earlier horse and pony classics, such as those by the Pullein-Thompson sisters and Ruby Ferguson. But this has a uniquely Kiwi flavour to it, and also some twists and mystery.

Rosabelle is set in rural area on the outskirts of Woodville, a small town in New Zealand’s Manawatu region in the North Island. And the book’s main character, an 11-year-old girl named Jane, finds that there are many secrets waiting to be uncovered, both in her town and in her own family.

It also demonstrates that no matter where, small towns are the same the world over – there may be skeletons in the closet and your nearest neighbour might not be who they seem.

Jane’s family owns a racehorse (but not a fridge or telephone) – named Rosabelle – who is actually pretty good. But there are tough times ahead, and young Jane has to dig deep to help her family stay afloat, and most of all, keep Rosabelle.

Rosabelle is aimed at readers aged from eight to 12. On Harrington’s website, questions for teachers can be downloaded for use in class study of the era and the book. 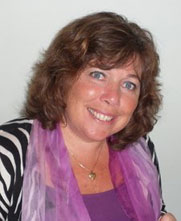 Linda Harrington grew up in a small country town in the Manawatu region of New Zealand. Her father was very involved with the racing industry, and life as a child revolved around his racehorses and family activities.

Linda had a successful career in the finance industry and has lived in various places throughout New Zealand. She is a keen gardener, enjoys the outdoors, and painting watercolors. Her Christian values are reflected in her writing.