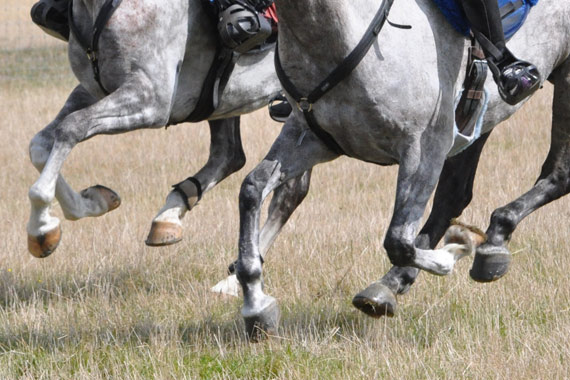 Today is a red-letter day in international horse sport, with the first formal recognition of FEI Bashing – the ninth equestrian discipline to fall under the jurisdiction of the world governing body.

The FEI Bureau is expected to meet in coming days to form a committee which will develop the rules and formulate the all-important Code of Conduct.

The new sport already has a small band of hardened professionals playing within its ranks, with legions of amateurs, armed with keyboards and social media accounts, making a pretty good fist of it, too.

The new discipline is expected to enter the FEI’s ranks in the top tier, in terms of the number of participants. There is no need for pesky horses, nor expensive tack. FEI Bashing represents fun for all the family, and can even be played by those who don’t know the biting end of a horse from the kicking end.

The sport has its origins in what many in the wider horsesports community see as the FEI’s seeming inability to get on top of crises in a timely and meaningful fashion.

The latest contretemps centres on the distressing late-January death of Australian-bred endurance horse Splitters Creek Bundy in the Al Reef Cup in Abu Dhabi as a result of two broken forelegs.

This has all the hallmarks of a hospital pass, in my view.

For those not familiar with this rugby expression, it involves a player receiving the ball from a team-mate at precisely the moment of an incoming tackle. The hapless receiver does not have time to both catch the ball and brace themselves for the bone-crunching incoming tackle, which can often end in a free stretcher trip to the sideline.

The FEI spent a good slice of last year working its way through a careful and – let me clear on this – democratic process of endurance rule reform aimed at reining in the excesses of some Middle Eastern nations within the FEI’s Group VII. These included concerning levels of doping infractions, excessive fracture rates and what some nations considered to be a generally cavalier approach to the rules.

It escaped no-one’s attention that more endurance races than ever were scheduled in the Middle East under national rules, and therefore outside the jurisdiction of the FEI. This had “hospital pass” written all over it – the only question that remained was when it would be delivered, and how many FEI bones would be broken in the process.

In the end, the pass came in the form of the terrible demise of Splitters Creek Bundy and the injuries at FEI headquarters have inevitably been quite severe.

A couple of issues strike me as unusual about this whole case. The FEI has been roundly criticised for being too slow off the mark in dealing with the matter – one suspects the letter earlier this week to national federations from FEI President Ingmar De Vos emerged once national federations started providing some meaningful feedback.

But why was the FEI so slow in responding? The Daily Telegraph gave the case some prominence in its print edition, in which the FEI pointed out that the race was outside its jurisdiction.

Did the world governing body really not see this coming? To be frank, I would have thought it would have been ready for this kind of hospital pass and have a plan in place to deal with the aftermath. And part of that plan would surely have been a swift and decisive response.

The FEI strikes me as being pretty up-to-date in this hi-tech age. It has a well-managed and extensive web presence, has ventured into the world of apps, uses social media, and is making greater use of electronic management for the benefit of all.

But it can’t seem to get its head around the swiftness with which social media can brew up a storm of truly damaging proportions. The case of Splitters Creek Bundy was always going to be ugly in social media, but the FEI doesn’t need to employ a media-savvy executive to tell it that the fallout from the whole sorry saga would have been somewhat more restrained had the organisation been faster out of the blocks.

The mid-week statement from De Vos seems to suggest the FEI is on to it, but I am intrigued by this line: “I have asked the team at FEI headquarters to prioritise this matter while also respecting good governance and the democratic process.”

Yes, sigh, the FEI is a stickler for proper process. I quite like this democracy concept, too, but, in my view, it is time that the major figures in the global world of equestrian politics start worrying less about proper democratic process and begin to follow their gut instincts more.

Consumate political leaders are invariably fast to respond to crises. De Vos and new FEI Secretary General Sabrina Zeender should have been on to the case of Splitters Creek Bundy in a flash. We should not have had to, in my case, wait to be passed on a letter from national federations from De Vos to learn that he was shocked by the “terrible images”, and that, in his view, incidents such as this were absolutely unacceptable.

The world governing body likes to talk about the FEI Family. In my experience, families aren’t always that democratic.

The FEI is, of course, democratic, but we should not lose sight of the fact that the president, secretary general and FEI Bureau are installed to get stuff done on behalf of national federations and their wider membership. It is a mandate, not a straitjacket.

De Vos assures national federations that the investigation is the FEI’s “absolute top priority”. That is very encouraging, indeed.

I have two wishes. I genuinely hope that something positive and enduring comes out of the sad demise of Splitters Creek Bundy, not only for the sake of all competition horses but for the sake of horse sport as a whole. Finally, I hope that the sport of FEI Bashing eventually dies a natural death, but that will require a sharper and more responsive FEI.