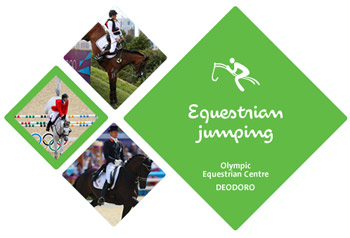 FEI Director Games and Championships Tim Hadaway has reported on the progress of the equestrian facilities for the Rio 2016 Olympic and Paralympic Games, with an eventing test event scheduled for next August.

Hadaway told delegates at the FEI’s General Assembly in Baku, Azerbaijan, earlier this month that upgrades to the existing Olympic Equestrian Centre in the Deodoro area would ultimately include both new and renovated stables, resurfacing of all arenas and the development of a veterinary clinic.

Landscaping for the eventing cross-country course was nearing completion and conditioning of the grass footing was under way. The 2* eventing test event would take place from August 6 to 9, 2015.

All other aspects of operational planning, including horse import and export, athlete transportation and accommodation, as well as anti-doping and veterinary aspects, show good signs of progress, Hadaway said, with a daily timetable of progress confirmed by the Organising Committee and International Oympic Committee (IOC).

Deodoro is the second largest cluster of Rio 2016 venues, hosting 11 Olympic and four Paralympic sports. As Deodoro hosted the 2007 Pan American Games and the 2011 World Military Games, 60 per cent of the permanent venues have already been built. Additional work on the site started in July 2014.

The General Assembly approved the FEI Regulations for Equestrian Events at the Olympic Games, 24th edition, effective for the 2016 Games.

The qualification system has already been approved by the IOC. The remaining part of the document is pending IOC approval.

• The General Assembly approved the change of the age category for the Youth Olympic Games (YOG), with the event now open to riders aged between 15 and 18 years old. The previous age limit had been 17 and 18.