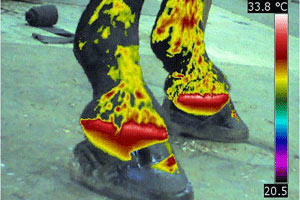 The head of the Humane Society of the United States has called on Congress to pass the widely supported bill that aims to improve the protection of walking horses against soring.

The society wants Congress to put the Prevent All Soring Tactics (PAST) Act to a vote before Congress adjourns this month.

The bill is widely supported by lawmakers in Washington, and has endorsements from a raft of veterinary, breed, and welfare organisations.

“This rare demonstration of broad, bipartisan political support to halt the torture of walking horses should be sending leaders into a scramble to get the job done before the year is out,” Wayne Pacelle said.

“The American people are counting on them to move these bills to stop this extreme and bizarre form of animal abuse, and we stand ready to help them with the task.”

Pacelle has called for action in letters to the Speaker of the House, John Boehner, R-Ohio, and the Majority Leader of the Senate, Harry Reid, D-Nev.

He said the bill enjoyed overwhelming support, with 308 House cosponsors and 60 Senate cosponsors.

Seventy percent of the House is now cosponsoring the bill, including a majority in both chambers.

In the Senate, the bill obtained committee approval in April, and there are now enough cosponsors to overcome a filibuster.

The bill would amend the Horse Protection Act of 1970 to better rein in soring, in which unscrupulous trainers deliberately inflict pain on the hooves and legs of Tennessee walking horses and other related breeds to exaggerate their high-stepping gait.

The bills were introduced by Representatives Ed Whitfield, R-Ky., and Steve Cohen, D-Tenn., and Senators Kelly Ayotte, R-N.H., and Mark Warner, D-Va., and cosponsored by lawmakers from all ends of the political spectrum, including both veterinarians serving in Congress.