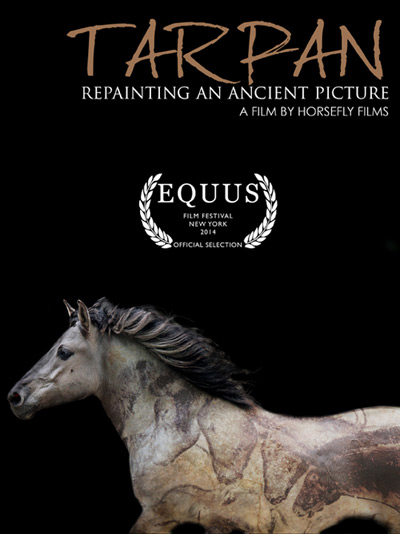 In Ukraine, 1879, the last wild Tarpan fell to its death whilst fleeing pursuit; a small tragedy with far-reaching consequences.

Paleontologists consider the Tarpan one of the most ancient breeds of horse, tracing its development as far back as the Pleistocene era. Yet, like so many species, encounters with mankind led to the Tarpan’s eventual demise. Tarpan: Repainting an Ancient Picture is the latest addition to Horsefly Films’ Rare Equine Trust, a cinematic library chronicling the histories of, and challenges faced by, rare breeds of horse and ancient horse-cultures.

In the words of Jen Miller, writer of Tarpan, this story is ‘a cautionary tale for all mankind in the handling of all species, endangered or otherwise’.

Produced and directed in partnership with Sophie Dia Pegrum, this film chronicles not only the demise of the Tarpan, but its resurrection. Humanity is not simply destructive. Above all things, we are creative, and perhaps it is that which sets us apart – for what other species would take it upon themselves to restore life to an animal it drove to extinction?

Now, the Tarpan has been ‘bred back’ into existence through its closest relative, the Polish Konik – but is it really that simple?

Jen and Sophie tackle the questions that arise from this process masterfully, presenting a balanced and absorbing examination of the Tarpan’s rebirth. The film follows two organisations, the ARK Nature Foundation in the Netherlands, and New Thracian Gold in Bulgaria’s Rhodope Mountains, in their pursuit of an environment which more closely resembles that of our ancestors, and a shared dream of seeing horses as a truly wild species once again. The challenges of rewilding our landscape, in theory and in practice, become as much a subject of the film as the horse itself.

Tarpan opens with images of prehistoric horse-paintings; a symbol of man’s earliest encounters with the horse. It is a story not only of the damage wrought by mankind, but of its potential for creation.

This documentary traces the history of the Tarpan’s death and rebirth, the symbolic ‘repainting’ of the ‘ancient picture’ that is the Tarpan breed; but the film, seamlessly moving through thought-provoking interviews with the humans behind the project and stunning footage of the rewilded horses, is itself that ancient cave drawing, repainted for a modern audience.

One thought on “Tarpan: Repainting an ancient picture”