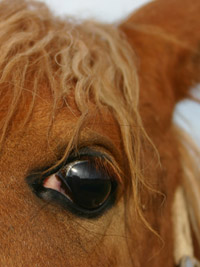 Kansas State University is to drop its women’s equestrian program in favor of women’s soccer.

The university said the decision was made following a recent recommendation from the National Collegiate Athletic Association (NCAA) Committee on Women’s Athletics to drop the intercollegiate sport of equestrian as an emerging Division 1 women’s program.

The university’s athletics director, John Currie, said it would end its sponsorship of equestrian sport at the end of the 2015-16 season.

Women’s soccer was being introduced, which would maintain the university’s sponsorship of 16 varsity sports as required under NCAA rules.

In a letter to the equestrian community last month, the Committee on Women’s Athletics detailed its decision regarding equestrian based on a lack of sponsorship in all three NCAA divisions, including a 10-year period in which the sport failed to reach the 40-program target set by the NCAA as well as the significant costs of maintaining such programs.

“While this was an extremely difficult and complex decision, we are proud of the effort of our equestrian coaches and student-athletes and the first class way they have represented K-State since the program’s inception in 2000,” Currie said.

“Unfortunately, with equestrian no longer projected to count toward the minimum NCAA requirement of 16 sponsored varsity programs as detailed in NCAA Bylaw 20.9.6, we must move our resources to another sport to continue our ability to operate as a Division 1 FBS member of the NCAA.”

Although the NCAA’s recognition of equestrian may not end until August 1, 2017, allowing schools which sponsor the sport time to make adjustments, Currie believed a more immediate transition was in the best interest of K-State.

Currie said there was never a perfect time for such a decision, but to keep with the university’s goal of operating in a transparent and fiscally responsible manner, he believed a transition starting in 2015-16 was best.

He said the university would fully honor the scholarships of its current equestrian student-athletes for the rest of their eligibility as well as the contract of head coach Casie Maxwell, currently in the second year of a five-year contract.

University president Kirk Schulz said he appreciated the careful way Currie and his staff had evaluated the transition and the university’s options.

” … we have known for several years that intercollegiate equestrian had an uncertain future as an NCAA sport,” he said.

Currie said: “We have worked hard to support our team with a current annual operating budget of $US1.2 million and facility expenditures and improvements of $US700,000 over the last five years.

“But, the fact is that the sport simply hasn’t grown as was hoped and nearly every one of our border state peer institutions, and every Big 12 institution, sponsors soccer.

When the university’s intercollegiate soccer launches in the fall of 2016, it will become the final team in the 10-school Big 12 Conference to compete in the sport.

More than 320 Division 1 schools sponsor women’s soccer, making it the fourth-most sponsored women’s sport in Division 1 behind only basketball, volleyball and cross-country, while more than 26,000 student-athletes across the country are currently playing Division A women’s soccer.