The southern hemisphere foaling season is upon us. Are you prepared? Neil Clarkson reports on getting a foaling kit together.

The bellies on those broodmares are getting bigger by the day. Then you notice the other subtle changes that indicate foaling is getting close. 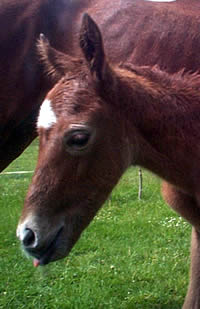 If you haven’t already prepared your foaling kit, it’s time for immediate action.

A foaling kit is not just about assembling the items you may need in an emergency. It is about having everything at hand to deal with many of the normal matters you expect to face during and immediately after a foal’s birth.

A veterinarian once described birth in horses as an explosive process. Given that most foals will be born within 10 minutes of their forelegs emerging from the birth canal, it’s only natural that everything you need should be at hand.

Part of the equation centres on the experience of the horse owner. Foals should receive a tetanus antitoxin injection. Are you comfortable giving an injection? If so, buy the injection from your veterinarian and have it ready. If not, you’ll presumably be calling the vet the morning after the birth to give the injection, and check the mare over at the same time.

Regardless of your experience, discuss the impending birth with your vet. Does he know the mare? Does she have any health issues that concern him? Are there any specific medications he feels you should have on hand? Be sure to give the vet the expected birth date. It’s the least you can do, considering you may be on the phone at some ungodly hour if things don’t go right.

What should your kit contain, and why? Let’s start with the simple stuff: 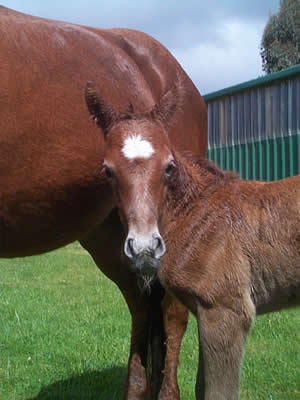 Hopefully, the entire birth will unfold without incident.

Horses, after all, managed it for a few million years without our help. If everything goes well, the mare and foal will stay resting for a few minutes, allowing the considerable amount of blood in the placenta to pass into the foal. If the foal is out and breathing, it’s best not to disturb the equilibrium for at least a few minutes. A foal that fails to get its full quota of placental blood can lack thrift for some months. The mare should be up within 30 minutes, sometimes considerably quicker; the foal should be up within an hour and drinking soon after, but it can take up to four hours. It certainly must have its first drink within 24 hours, getting that all-important colostrum. Its first bowel movement should occur within about six hours.

Finally, be sure to read up and understand the entire foaling process, because a little knowledge is a dangerous thing. The last thing you want to do is intervene when it’s not necessary or desirable.

You are there to assist the process, not take control of it.

You need to decide whether a foaling alarm is a good investment. In New Zealand, they cost around $NZ800. Many horse owners view them as a major investment. But what would be the cost of maintaining a broodmare for 11 months, only to lose a foal at the last gasp? What value do you place on the foal?

Finally, horse owners should ensure their equine first-aid kit is fully stocked and that none of its contents have past expiry dates. 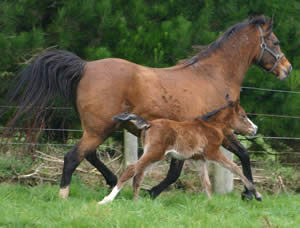 First published on Horsetalk.co.nz in August, 2007.

One thought on “Preparing a foaling kit – are you ready?”