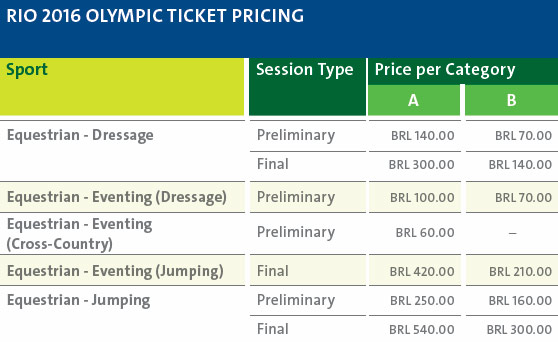 Organisers have declared that Rio 2016 will be the most accessible games, with about half of the 7.5 million tickets to be issued selling for 70 Brazilian reals (US$30) or less.

But the only equestrian sport fitting into that category is the cross-country phase of the eventing competition, with tickets selling for R$60. 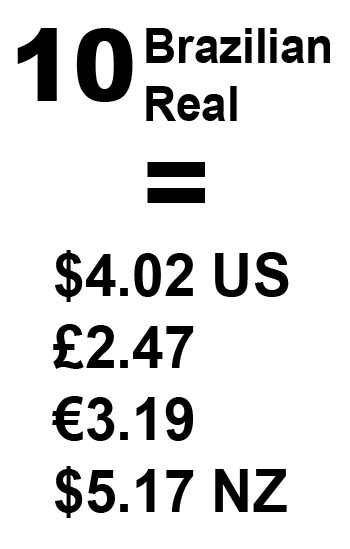 There are two categories for tickets for all other events, however organisers have not revealed the differences in these sections.

Eventing dressage ticket prices are R$100 and R$70, with the final jumping phase ramping up to R$420 for the premium seats and R$210 for the “B” seats.

Even the preliminary jumping events will set spectators back a pretty centavo, at R$160 for the cheap seats and R$250 for the “A” seating, and the final will set you back R$540 and R$300.

But the prices of the equestrian events are dwarfed by some of the others, including the best seats at the athletics “super final”, basketball, volleyball and beach volleyball costing R$1200, and the diving, swimming and football final at R$900.

Overall, there will be tickets for 717 sports sessions, covering all 28 Olympic sports. The cheapest ticket will be priced at $R40. for the mountainbiking, shooting heats, and the fencing phase of the modern pentathlon, all at the Deodoro venue.

The full Rio 2016 Olympic Games Ticket Sales Programme will be unveiled in November 2014, along with the competition schedule and details on how the public can buy tickets.

In November, spectators will be able to register their interest, and will then be informed by Rio 2016 when an authorised ticket reseller has been appointed to sell tickets in their country or territory.