The truth is that horses don’t reason whether an animal is a predator or isn’t a predator. I’ve seen horses take fright of mules, donkeys, goats and cows, none of which are predators. Natural selection has made horses take fright first and think later, because that’s always been their most efficient way of survival.

My father often told the story of riding his pony over the crest of a hill and meeting an elephant pulling a circus wagon coming the other way. His pony took fright, spun around, bucked and dumped him in the middle of the road. The pony was very scared of the elephant, even though elephants aren’t predators.

One of our stockhorses, ‘Little Digger’ travelled the country competing in shows and campdrafts. He campdrafted amid the hustle and bustle of the Sydney Royal Easter Show. Yet, whenever he saw a horse and cart coming up the road, Little Digger would snort, take fright and bolt around his paddock. Horses in carts aren’t predators but Little Digger was still terrified.

Horses can’t reason which animals are predators and which aren’t. When a young horse is first approached by a human, he’s just as frightened as if he was being approached by an elephant. Remember, an elephant isn’t a predator.

However, I do believe the horse is a pray animal and here are some things I believe he prays: 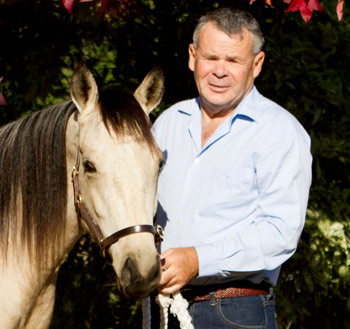 One thought on “The horse as a ‘prey’ animal”