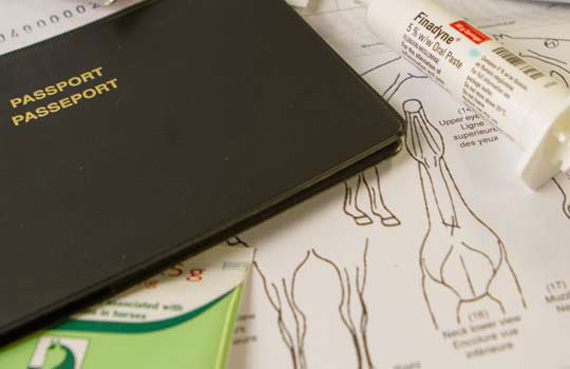 Britain is to get a new central equine database, which will enable the country to meet tougher European regulations announced this week.

The last centralised system, the National Equine Database, closed two years ago. Its loss was lamented by several industry groups.

The new database will be part of a more robust and enforceable horse passport system.

The stronger regulations, endorsed this week by EU member states, were driven by last year’s meat scandal, which resulted in millions of ready-made beef meals being withdrawn from sale across Europe because they were found to contain horse meat.

The scandal revealed the complexities of the European food chain and highlighted its vulnerability to rogue traders.

“The new regulations are a triumph for Britain’s horse sector and [agriculture agency] Defra, who have worked closely and collaboratively together to ensure a better system for equine identification.

“More robust standards of documentation and a central database in every European country will help to reduce fraud and improve traceability, owner accountability and disease control planning across the European Union – so helping to protect the valuable horse sector.”

Allen stressed that enforcement was a crucial part of any new system.

“A law is only effective if it is enforced, and this is especially true for identification.

“We will now focus on working with Defra so that they create a central database that is fit for purpose, introduce batch-controlled retrospective microchipping of all horses and ponies and fixed penalties for non-compliance.

“Government must also support better enforcement which has been a low priority. We look forward to discussing all of these issues with Defra and continuing to work with them on a brighter future for horses in the UK.”

The chief executive of the British-based charity, World Horse Welfare, Roly Owers, said horses in Britain would especially benefit from these tougher laws as its system of equine identification could arguably be said to be one of the most complex, and abused, systems in Europe.

“One of the key horse welfare challenges we have is linking a horse to an owner and an overall lack of compliance and enforcement,” he said.

“With more than 75 passport-issuing organisations of varying standards and no central database, finding a horse’s owner and enforcing the regulations was effectively impossible.

“We have always been clear that a central database is a fundamental element in building a system that is more workable and enforceable, which can better protect our horses.

“Now we need to make sure the revised UK Regulation maximises compliance, something that has been shockingly low in many areas until now.”

The new rules across Europe, covering the continent’s 7 million equines, will require foals to be issued with a single passport having a unique identification number, before their first birthday.

The passports will also serve as a medical record and will remain with the horse over its lifetime.

All horses born after July 1, 2009, will need to be micro-chipped. Technical security features aimed at reducing the risk of falsified passports will also been put in place.

All EU nations will be required under the system to have a centralised database.

The new regulation will apply from January 1, 2016. EU countries not already having a centralised database have until that date to put one in place.