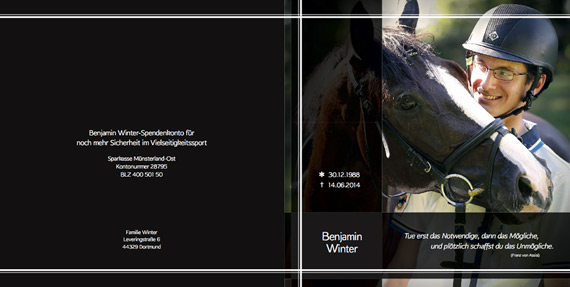 A memorial service for late eventing rider Benjamin Winter is to be held at Warendof in Germany on July 1.

The 25-year old German rider died following a rotational fall from his horse on the cross-country at the four-star Luhmühlen Horse Trials on June 15.

Winter’s family asked that the German Olympic Equestrian Committee (DOKR) host the service, since Benjamin had been deeply involved with the National Training Center (BLZ) in recent years.

The Memorial Service will be held on Tuesday, July 1 at 1pm at the DOKR, Freiherr von Langen Str.15, 48231 Warendorf.

Dr Dennis Peiler of the DOKR said those with a personal connection to Benjamin are asked to share their memories on an A4 sheet and either send to the DOKR or bring to the service. These will be included in a book which will be given to his family.

And at the express wishes of the family, anyone wishing to attend the service is requested to dress in “‘cheerful clothes – no black.” 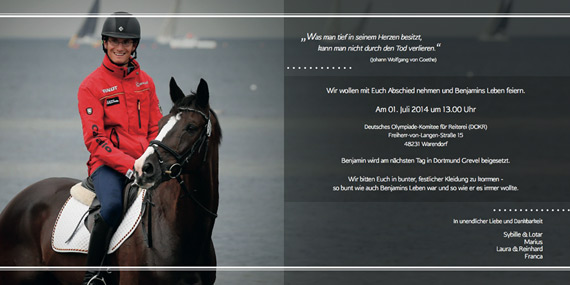