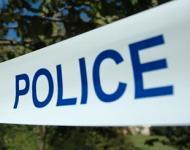 A police horse was allegedly punched on Saturday as fans misbehaved after the football match between Bristol Rovers and Mansfield Town at Memorial Stadium, Bristol.

Avon and Somerset Police reported six arrests following the game, which saw the Bristol side relegated from the Football League.

“There were small pockets of disorder before the match and a police horse was punched during one of these incidents,” Superintendent Kevin Instance said.

“At the end of the game, feelings were running high because of the disappointing result and unfortunately a number of fans went on to the pitch. Some of these people were intent on engaging in acts of significant violence.

“Although the majority of fans were well-behaved, there were six arrests made for public order offences and assaults. There are likely to be more arrests as our inquiries continue.

“Three police officers were injured during the disorder although thankfully their injuries are not serious,” Instance said.

“We simply will not tolerate any form of anti-social behaviour or violence and we are committed to bringing offenders to justice using CCTV evidence, as well as other intelligence and information gathered during the policing operation.

“Successful convictions are likely to lead to football banning orders, which will prevent those convicted from being able to attend games or follow the national side abroad.

“Those who are intent on causing trouble, no matter what the circumstances are, should remember they are not anonymous and they will face serious consequences.”