Researchers have raised questions over animal domestication, suggesting that the role of intentional breeding was not as significant as traditionally thought in the case of donkeys, camels, alpacas, pigs, cattle, sheep, and goats.

Scientists now think wild animals interbred with domesticated ones until quite recently.

Many concepts about domestication derive from Charles Darwin, whose ideas were strongly influenced by British animal-breeding practices during the 19th century – a period when landowners vigorously pursued systematic livestock improvement.

It was from Darwin that we inherited the idea that domestication involved isolation of captive animals from wild species and total human control over breeding and animal care.

But animal management in this industrial setting has been applied too broadly in time and space, suggested Fiona Marshall, professor of anthropology at Washington University in St Louis, Missouri.

It was not representative of the practices of the Neolithic herders who first domesticated animals, nor, for that matter, of contemporary herders in non-industrial societies, she said.

Marshall joined with Keith Dobney, of the University of Aberdeen in Scotland; Tim Denham, of the Australian National University; and José Capriles, of the Universidad de Tarapacá in Chile, to write a review that summarized recent research on domestication of large herbivores in a special feature of The Proceedings of the National Academy of Sciences, to be published on April 29.

Recent research on the domestication of donkeys, camelids, pigs, cattle, sheep and goats indicated that neither intentional breeding nor genetic isolation were as significant as traditionally thought, the researchers suggested.

Why is it important to get domestication right? “Our livestock is losing genetic diversity even faster than some wild animals, because of management practices like artificial insemination,” Marshall explained.

“We took only a bit of the diversity from the wild for domestication, and what we’re looking at now is lopping it off really fast so we’ll be left with little diversity to survive all the climate and disease issues we’re facing. It really is a crisis situation. 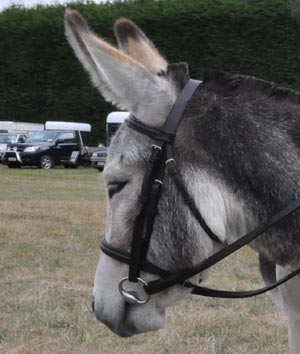 “If we don’t understand what it is we might be about to lose, then we don’t count the cost of loss accurately or know how to plan for the future.”

For most of history, artificial selection on large herbivores was probably weak, Marshall said.

“Herders could not afford to kill many animals, particularly large-bodied animals with long gestation periods. To keep herd size stable, herders probably culled or castrated males surplus to the growth needs of the herd, allowing all females to breed,” she said. These management practices placed only light selection pressure on the herd’s gene pool.

Paradoxically, environmental selection may, in many instances, have been stronger than artificial selection. Early herds were vulnerable to disease, droughts and storms, disasters that would have forced pastoralists to replenish herds from wild populations better adapted to harsh local conditions.

“Wild animals are generally faster, stronger and better adapted to the local conditions than domesticated ones. So, for example, Beja herders in Northeastern Africa intentionally bred their donkeys with African wild asses in order to produce stronger transport animals.

“And sometimes interbreeding was accidental,” she said. “Even today in the Gobi, researchers report that domestic camels sometimes join wild herds after becoming separated from their own.

“Wild and domestic camels meet at shared oases, and wild males also can become extremely aggressive and may collect domestic females to the dismay of pastoralists.”

So confused is the genetic history of llamas that some are in fact chimeras; they have cells in their bodies from two distinct maternal lineages.

Artificial selection was probably weakest and gene flow highest in the case of pack animals such as donkeys or camelids. But even in the case of pigs or cattle, interbreeding between domestic and wild animals has created long and complex evolutionary and domestication histories that challenge assumptions regarding genetic isolation and long-held definitions of domestication. 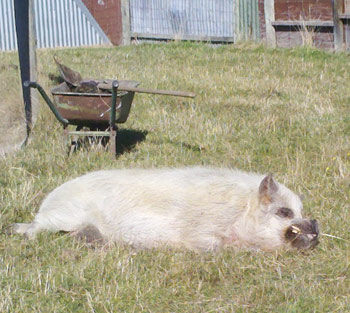 The domestication of pigs is one of these stories. Dobney, Greger Larson and their team have shown that pigs were domesticated at least twice, in eastern Anatolia and in central China.

Marshall described the research as exciting. “It is making us completely rethink what it means to be domesticated.

“The boundaries between wild and domesticated animals were much more blurred for much longer than we had realized.”

Denham added: “To untangle the history of domestication, scientists will need to bring to bear all of the evidence at their disposal, including archaeological and ethnographic evidence, and the analysis of both modern and ancient DNA.”

Marshall continued: “We must also investigate sources of selection more critically, bearing in mind the complex interplay of human and environmental selection and the likelihood of long-term gene flow from the wild.”

“The Modern View of Domestication,” a special issue of PNAS edited by Greger Larson and Dolores R. Piperno, resulted from a meeting entitled “Domestication as an Evolutionary Phenomenon: Expanding the Synthesis,” held April 7–11, 2011. That was funded and hosted by the National Evolutionary Synthesis Centre (National Science Foundation EF-0905606) in 2011.

One thought on “Domestication under the spotlight: Born to be wild”