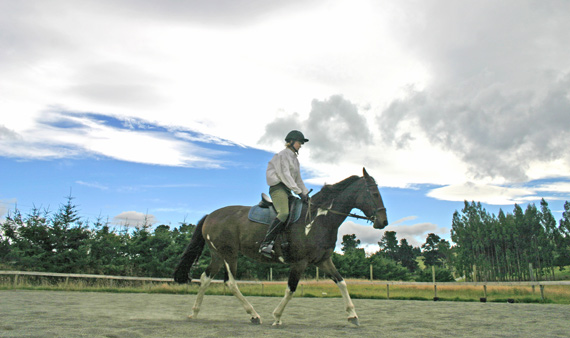 Which arena surface is best? Researchers involved in a four-year collaboration say no one surface type is optimal for all purposes, but they have dug deeper than ever before to report on the types of arena surfaces and their respective properties.

They have  created what the FEI says is the most extensive study yet into the effects of arena surfaces on horse health.

The 47-page white paper has input from eight equine experts from six universities, three equine and racing-specific research and testing centres, and several horse charities. They explored the effect of arena surfaces on the orthopaedic health of sport horses in the seven FEI disciplines and in racing.

It pulls together the latest data and published scientific papers on arena and turf surfaces, and their effects on horses in training and in competition.

Key properties of footing, and the effects of footing on horses’ physiological and biomechanical responses, are described, as well as the optimal composition, construction and maintenance of arenas for maximising equine performance while minimising injury risk. 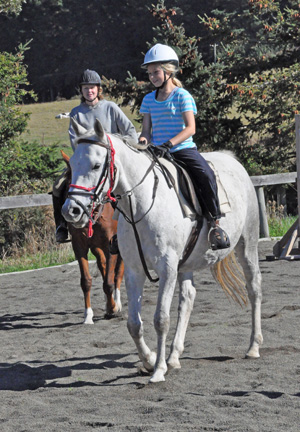 The current methods of measuring the physical properties of surfaces, and the essential surface preparation and maintenance techniques, are also discussed in terms easily understood by riders, trainers, course designers and arena builders.

FEI first vice-president John McEwen, who chairs the FEI’s Veterinary Committee, said the white paper was the biggest international collaboration of its kind.

It was, he said, vital to understanding how surfaces worked in order to reduce injury risks to horses.

“Now, thanks to scientific research, and extensive support and partnership between welfare charities and horse sport, we can fully understand how the right surfaces, with the necessary preparation and ongoing maintenance, can extend the working lives of sport horses and produce the best performances.”

The paper was funded by the FEI, the British-based charity World Horse Welfare, the Swedish Foundation for Equine Research, and the British Equestrian Federation.

They worked with lead author Dr Sarah Jane Hobbs – research lead in equine biomechanics at the University of Central Lancashire in Britain, who is a member of Research and Consultancy in Equine Surfaces – and seven equine scientists and researchers in Britain, the United States and Sweden.

Highlights of the paper will be presented on the first day of the FEI Sports Forum on April 28 by Lars Roepstorff, professor of functional anatomy of domestic animals at the Swedish University of Agricultural Sciences.

“We now have the latest scientific knowledge on equine surfaces contained in one place, thanks to an intensive global effort over several years,” he said.

“The Equine Surfaces White Paper is a living document, and we will continue to update it as we develop our knowledge on surfaces and their influence on horse performance and soundness with new scientific studies and surface data, which is absolutely key as horse sport continues to grow around the world.”

The researchers, who ran through an array of arena surfaces and their properties, said their work highlighted the complexities of the horse-hoof-surface interaction and the risks posed to the horse.

It also shone a spotlight on the uncertainty in factors that influenced the measurements that researchers made.

“It is suggested that the way forward should focus on standardizing as much as possible our mechanical measurement techniques and using them alongside biomechanical measurements and information on the physical attributes of the arena to capture the breadth of data needed to identify the effects of each factor,” the authors said.

“To fully understand the risks to horses it is also necessary to carry out further epidemiological studies on lifestyle factors, arena types, the activities they are used for and the maintenance and preparation practices employed.

“The challenge would then be to link acute and chronic injuries to undesirable factors.”

To compare between research groups, standard terminology was needed, together with methods of data normalization, they said.

“Monitoring, measuring, and influencing soundness and performance are a shared responsibility between everyone involved in equestrianism, be they owners, trainers, veterinarians, farriers, scientists, surface providers, practitioners, venue owners or other equine industry professionals.

“As scientists we must promote the approach described here, but practitioners and the industry alike must adopt a similar approach to their responsibilities to truly benefit the horse.”

Hobbs and her colleagues noted that no single surface was optimal for all purposes, but there were a number of surfaces that were adequate for specific uses.

They noted, too, the growing worldwide demand for high quality equine arena surfaces for training and competition that provided a combination of properties to create a surface that was consistent, offered sufficient support to prevent injury, and assisted in achieving optimal performance.

However, there was wide variation in products on offer worldwide, which were often region specific, and there were currently no regulations or guidelines on materials, installation, maintenance and preparation, end-of-life re-use or disposal, or, importantly, an acceptable range of surface functional properties and characteristics.

The full white paper can be read here.