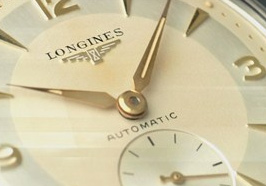 Conflicting sponsorship deals involving luxury watchmakers Longines and Rolex were behind the withdrawal of the Wellington, Florida, bid to host the FEI World Equestrian Games in 2018.

The withdrawal of the bid by Equestrian Sport Productions was announced a day before the FEI confirmed that the two remaining venues in the hunt, Lexington, Kentucky, and Bromont/Montreal, Canada, were still interested and in contention.

A spokeswoman for Equestrian Sport Productions told Horsetalk that the FEI had signed a deal with Longines for the 2018 event, which was a conflict with the company’s venue sponsorship by Rolex.

Its withdrawal came only days after FEI Secretary General Ingmar de Vos had visited the Palm Beach International Equestrian Center, which would have hosted the Games.

Early in December, it was announced that Rolex had signed a 10-year sponsorship deal with Florida’s Palm Beach International Equestrian Center and the FTI Consulting Winter Equestrian Festival.

Eleven months earlier, the FEI and Longines formalised their own 10-year multi-million euro sponsorship deal. The agreement was said to be worth a nine-digit sum over the next 10 years.

The deal installed Longines as the official timekeeper and official watch of the FEI.

The Longines deal ended long-term sponsorship ties between the FEI and Rolex.

Rolex continues to sponsor major horse shows and events around the world.