The International Olympic Committee (IOC) has told Rio 1016 organisers that there is no time to lose in preparations for the upcoming Olympic Games.

The IOC’s Coordination Commission wrapped up its sixth visit to the Brazilian host city this week, with a clear message to the organisers that every second counts. with just over two years to go until the Games open on August 5. 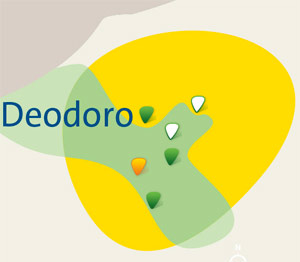 The Commission acknowledged the progress made in several areas since its last visit in September 2013 and IOC President Bach’s visit in February 2014, but several important decisions remain to be made.

On March 27, a crucial meeting between the federal authorities and key Games stakeholders will take place in Brasilia, where it is expected that the responsibilities for each Games related project will be clarified along with the associated funding in order to avoid further significant delays in the delivery of the project.

The Commission conducted a full day of visits, assessing in detail the progress of all the venues in the Barra and Deodoro clusters. The Deodoro cluster is where the equestrian events for the games will take place.

The delivery timelines of some of the venues for test events and the Games have faced delays and now leave no margin for any further slippages.

The next construction to start will be the venues in the second Olympic Park in Deodoro.

The Commission also praised the work of Rio 2016 and its partners to deliver a sustainable legacy from the Games. Public transport usage is expected to rise to 60% by 2016, up from 12% today; there will be a seven-fold increase in treated sewage around the Guanabara Bay by 2015; one million people will have the opportunity to learn English thanks to the Games; 75 new hotels are expected to be built, creating an estimated 11000 new jobs; and numerous additional projects are already being organized by Rio 2016’s commercial partners.

“The Rio 2016 Olympic Games have a great potential for being a very exciting event which leaves many legacies,” said IOC Coordination Commission Chair Nawal El Moutawakel.

“But although progress is being made, each decision that is postponed and each subsequent delay will have a negative impact on delivery – total focus and dedication are therefore required,” she continued.

“The Olympic Movement stakeholders will continue to actively and constructively assist the organisers towards their short and long-term objectives.”

The President of the Rio 2016 Organising Committee, Carlos Arthur Nuzman, said: “We enter this crucial phase of our journey without a minute to lose, and certain that our partners in government share this vision”.

The months ahead will see sailors competing in the Guanabara Bay, as Rio 2016 launches its “Aquece Rio” test event campaign. This will be a major step in allowing the local population to start to feel the Games come to life. The volunteer and ticketing campaigns are to be launched in the autumn.

The Commission will return to Rio de Janeiro in September this year.