The Newfoundland Pony Society says the future of the Canadian breed is endangered by plans being considered by the provincial government to place the animals under federal control.

The Newfoundland and Labrador Government appeared to be supporting a proposal without proper public consultation, the society said.

The society says it is taking a firm stand against the move to uphold its mandate of protecting and preserving the pony in its established form under provincial legislation.

The society was formed in 1979 and maintains that the pony, following 400 years of evolution, is a unique breed. As a designated heritage animal, it should remain under provincial protection, it believes.

The society wants the provincial government to halt to any further steps in this process.

“It is important that Newfoundlanders and Labradorians are aware that the survival of the Newfoundland Pony as a protected, heritage animal is once again at stake,” said Jack Harris, a member of parliament and Newfoundland Pony Society board member. 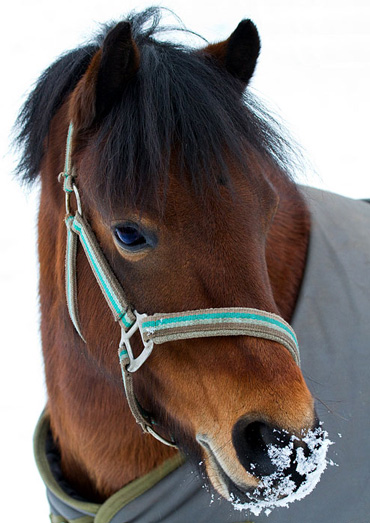 “The Newfoundland Government must allow the people of this province and international breeders who love the pony as it is, to have input on the irreversible direction in which they are taking the pony.

“I am one of many pony owners who oppose giving our registry to a federal agency.”

St John’s pony owner Helen Goyer said: “As Newfoundlanders, our pony is one of the few things we have left that is distinctly our own. We have the only equine in the world that is capable of changing colours four times a year; they are called ‘radical colour changers’.

“If this change goes ahead, with so much mixing of breeds, our perfect pony as it has been for 400 years, will be forever lost.”

The ancestors of the Newfoundland Pony arrived with Newfoundland’s early settlers from Britain.

Their ancestors were primarily Exmoor, Dartmoor and New Forest ponies and, to a lesser extent, Welsh Mountain, Galloway (extinct), Highland and Connemara ponies.

They were hardy creatures who were already well adapted to the harsh climate of the islands of the North Atlantic.

Isolated from the rest of the world, the ponies intermingled for 400 years, breeding in the seclusion of Newfoundland’s bays and coves to produce a sturdy breed.

The Newfoundland pony is unusual in that it has not been altered, or “improved” as it’s called. Despite the loss of thousands through meat plants, which left the breed critically endangered, it is so genetically diverse and healthy that it can thrive once again without introducing new blood to its gene pool – and without crossbreeding it.

The Canadian Animal Pedigree Act, under which it is proposed the breed be placed, oversees associations under a federal program for livestock, such as pigs, goats and cows. Its purpose is, “to promote breed improvement, and to protect persons who raise and purchase animals”.

The society believes the breed’s inclusion under the act will cause harm.

The act, it says, does not provide a framework that is “rare breed” sensitive. It does not use a conservation approach for heritage animals to preserve their precious, rare genetics.

Under the act, the Newfoundland pony would be opened to genetic alteration, it said.

The society says: The Animal Pedigree Act considers the pony as an ‘evolving’ breed, which is defined as a ‘group of animals in the process of evolving into a new breed’.

“This means they will be creating a NEW breed of Newfoundland pony and will allow other blood into the gene pool. Along with new blood, there will be new diseases, genetic defects, and elimination of distinct traits, as the pony is changed into a new breed that ultimately suits the market.

“The Newfoundland pony is already a distinct breed after evolving over the past 400 years. It is not a man-made, modern commercial breed that people consider what they know a purebred to be.

“They are two very different types of breeds, the Newfoundland pony is rare, precious, genetic perfection that evolved in a natural environment.

“Modern breeds have their problems, mostly because of poor breeding decisions. We do not want the Newfoundland Pony to go this route. The Newfoundland Pony has many desirable internal traits that people treasure, such as its strength, courage, intelligence and its sweet, willing, docile temperament.”

The society is asking the public to voice their concerns to Natural Resources Minister, Derrick Dalley at derrickdalley@gov.nl.ca or 709.729.2020.
More information: www.newfoundlandpony.com