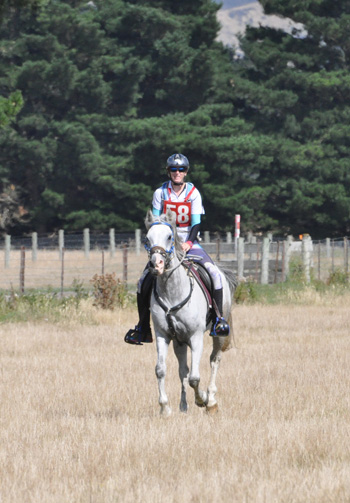 The American Endurance Ride Conference (AERC) has signaled the possibility of a breakaway international endurance body if the FEI fails to rein in controversial practices in the sport in the Middle East.

The AERC has given the FEI until January 1 to make “measurable progress” in addressing its concerns.

The AERC reached agreement on a resolution just hours after swearing in six new board members.

It negotiated final details of a motion which it says makes clear its condemnation of abuses in some international endurance riding competitions.

Fatalities, drug violations and fractures have been an increasing concern among riders worldwide, and center on some countries within FEI’s Region VII, which encompasses much of the Middle East.

Board members gathered at AERC’s annual convention in Atlanta, Georgia.

In recent months, the board had received input from members across the US and Canada, who felt strongly that the body should take a stand against horse abuses, while also supporting American riders who wished to compete in international endurance events.

The board received more than 600 comments from AERC members, vice-president Lisa Schneider said.

“The directors spent quite a bit of time considering all aspects of this very complex issue, and worked very hard to find a solution that would communicate our strong commitment to horse welfare as well as support our AERC international riders,” she said.

“All the committees weighed in with their concerns and it was a true group effort to hammer out this solution.” 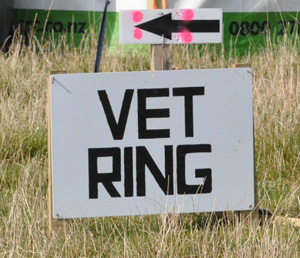 Last Sunday, when the board meeting opened, it was still not clear whether its directors could come to an agreement, as the original wording on the motion included the possibility of AERC endurance rides not allowing co-sanctioning with FEI, depriving members the opportunity to earn FEI-recognized ranking points at AERC rides.

After much discussion and deliberation, a consensus was reached and the vote on the final motion was unanimous.

The motion gives the FEI until January 1, 2015, to make measurable progress, including “greater transparency in public reporting of fatalities and fractures occurring at, or associated with, FEI endurance rides”.

The wording of the final motion reads:

“In order to address the growing alarm among AERC members that mounting drug violations and fatalities and fractures in international endurance riding conducted in some Region VII countries by the FEI are injuring the reputation of our sport worldwide, the AERC shall immediately notify the FEI, through USEF, in writing of:

1. The AERC’s grave concerns that drug violations and horse fatalities and fractures are excessive in FEI endurance events by some participants from Region VII countries, that the flat courses and high speeds characteristic of FEI international rides contribute to horse injuries increasingly similar in severity and frequency to those occurring in flat track racing, that some FEI officials inadequately enforce the FEI’s own rules, and that the administration of FEI events favors certain competitors and member countries over others.

2. The AERC’s intention to consider joining the exploration with like-minded endurance groups in other countries of the formation of a new international organization to conduct international endurance riding events if the FEI does not demonstrate measurable progress towards addressing the AERC’s concerns by January 1, 2015. Measurable progress would include, but not be limited to, greater transparency in public reporting of fatalities and fractures occurring at or associated with FEI endurance rides.

“The AERC looks forward to working with the USEF to prepare a joint response to the ESPG [Endurance Strategic Planning Group] Report that meets both organizations’ interests. The AERC’s International Committee is directed to monitor and evaluate the FEI’s progress towards meeting the AERC’s concerns. The AERC’s International Committee is also directed to prepare periodic reports to the AERC Board who will determine yearly if meaningful and measurable progress is being made. The AERC shall continue to support the efforts of the USEF to improve the FEI’s conduct of international endurance riding and shall remain affiliated with USEF.

The motion’s author, Southwest region director Randy Eiland, said: “The AERC board deserves a big thanks for protecting our own AERC members, who enjoy and pursue international competition while condemning the guilty parties.”

The AERC board was addressed by United States Equestrian Federation chief executive John Long on the endurance issue before finalising its resolution.

Newly installed AERC president Michael Campbell, of Salado, Texas, said: “Mr Long provided helpful information to the board and forthrightly answered direct and blunt questions from the board members in an open and honest exchange.

“The AERC board is determined to work with USEF to correct abuses of FEI rules to ensure fair enforcement of rules for our athletes and the safe treatment of horses in FEI competition.”

“AERC will continue to work closely with USEF to achieve the goal of fair and safe endurance competition throughout the world.”