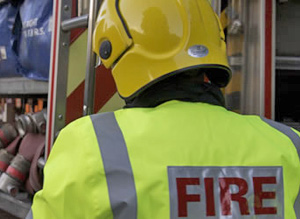 A New York man has died in attempts to rescue his horses from a barn fire.

Authorities believe Meissner ran back into the burning structure, which cost him his life.

Ten local fire departments responded to the fire, which was reported shortly before 8pm. It took several hours to extinguish the blaze.

The building was extensively damaged and authorities were working to determining the cause of the fire, which appeared to have started at the front of the barn.