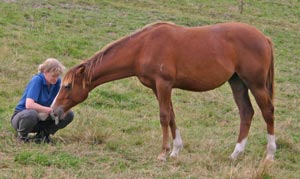 Separating couples may argue over the fate of vehicles, boats and household furniture when they split, but family pets are likely to create even bigger headaches, Australian research shows.

Nearly one in five Australians believe custody of the family pet would be a big issue at separation and one in 12 have actually lost a pet in a relationship breakdown, the research reveals.

The survey found that many respondents wrongly believed the Family Court would make shared custody arrangements for pets.

“We are increasingly seeing pets being raised as an issue in separation and this is reflected in our research which indicates nearly one in 10 Australians have lost possession of a pet in a relationship breakdown,” McKinnon said.

Pets ranked behind real estate and money but ahead of vehicles, boats and household furniture when survey respondents were asked to rank which jointly owned assets would be most difficult to divide following a separation.

“People often feel that pets are like children, but to a court they are generally treated as property,” McKinnon says.

Key findings of the survey include:

The survey also found 18 percent mistakenly believed the Family Court would make shared custody arrangements for their pets, with only 34 percent correctly identifying that the court does not generally make these types of arrangements.

McKinnon said the results showed that people did not realise the court generally treated pets differently to children or other dependants.

“That means the court doesn’t dictate visiting rights or define who is entitled to make medical decisions on behalf of a particular pet,” she said.

“Our advice is that mediation is the best place to work through these issues. Mediation is less formal than a court hearing and gives people a real opportunity to amicably come to an arrangement they are both happy with.”