Talented New Zealand equestrian and eventing coach Peter Taylor has died at the age of 60 after a long battle with both HIV and the rare parasitic infection Leishmania.

Taylor, who died at Mercy Hospice in Auckland on Sunday, September 15 at 11.11pm, had undergone 922 doses of chemotherapy over the past 15 years, resulting in further health complications.

Tributes have flowed for the highly visible member of the Auckland gay community. He was one of the first “poster boys” for the NZ Aids Foundation’s safe sex campaign, and was on the NZAF’s  Board of Trustees in 2007.

He made the decision in mid August to cease treatment, which he received until August 31, when he was guest of honour at a dinner for the Cartier Bereavement Trust, which raises funds to bury HIV patients who have been abandoned by their families.

After the event, he said: “I sat like a stunned mullet trying to absorb that this entire event to raise money is centred on the celebration of my life. Often choked with emotion and visibly in tears of joy, I fished hard to find more gratitude and humility to appreciate such an honour.

“The outpouring of love and respect , the truth and sincerity of the speakers from overseas and local is a privilege to hear before you pass over.

“What a way to leave this world. Knowing how many people I have touched has been the most revealing outcome of the tributes as I really had no idea of how my writing and philosophy of Don’t Postpone Joy has captivated a mindset. Also knowing that I cannot contribute any further means it’s time to step aside and let someone else have a go.”

At the evening, Taylor thanked and acknowledged “all those who have shared, added to or been a significant part of my life”. 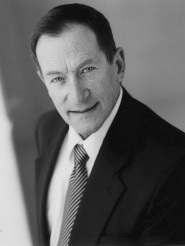 “Firstly, the extensive medical team of specialists who have worked tirelessly to keep me upright. The friends who bring Sushi for lunch, the shoppers, visitors, helpers, cleaners, and all the talent that has been offered to me unconditionally from experts when I sought education. Then there are the old friends of reliability and shared memories, my contemplations and reflections and the passion from my horses moved to my writing, without planning it this way. Hence living became my business and my business became inspiration without plan or expectation.

“Then there is you the readers who make this transition of crafts possible and fun. Without you there is no reason or purpose. So all together with love, peace harmony and no fear, I look forward to my next journey and thank you all for the part you have played.”

He first competed for New Zealand in The Netherlands in qualifying events before the 1980 Moscow Olympics. He was forced to withdraw when his horse, Fez, contracted osteomyelitis. Fez died three weeks later. “I had to put down my beloved horse and my dream and learn the hard lesson that grief is not a destination but a process,” Taylor said later.

In 1991 he co-coached and managed Canadian eventer Nick Holmes Smith to win a gold medal at the Pan American Games in preparation for the Barcelona Olympics in 1992.  He was also Assistant Team Manager at Barcelona and Assistant Coach and Team Manager at the World Equestrian Championships in 1994.

“When I was teaching Olympic riders, I wasn’t teaching them how to ride… I was teaching them to believe they could win,” Taylor’s obituary on GayNZ said. “I was teaching them confidence and self-belief … with self-awareness comes power, enormous power. Absolutely beyond what you would normally be able to do … and that just comes from life experience, self-examination, education and self-critique.”

Taylor was the executive director at the Auckland International Three Day event in 1993, and staged the Manukau Show jumping Festival in 1994.

Taylor was the only person in the world to be both HIV positive and have Leishmania (visceral Leishmaniasis Donavanni), contracted when bitten by a sandfly after patting a dog at the Barcelona Olympics.  Doctors did not expect him to survive: “No one usually lives past three to 20 months,” Taylor said.

“What began as a surprise with a sand fly bite at the height of my dream career turned into a war of years that none of us expected, least of all me. We fought, my team and I to the depths of the trenches with the squirts as the body turned inside out and with the small steps forward giving hope and shining a ray of light, one of self awareness. What a roller coaster ride and one I’d never wish upon a soul.”

In the past few years, Taylor has been in demand as a motivational speaker, and has also been blogging for the past two years.

At the August 31 function, Taylor said sales of his latest book, Past my Expiry Date, had been doing well.

“My philosophy of giving, sharing and kindness changes a mind to respect and gratitude. With these words as my cornerstone, I say goodbye and thanks for every little thing. See you on the other side.”

A private family cremation has been held, and a memorial celebration is being held at St Mathews in the City, 187 Federal Street,  Auckland, on Monday, September 23 at 3 pm to 5 pm. At Pete’s request, the dress code is “no black, colour befitting a party”.

Pete requested no flowers but asked for an equivalent donation to the Cartier Bereavement Trust. A collection box will be available at the memorial.