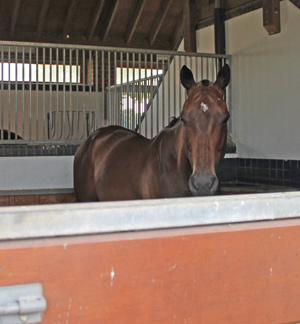 The European Commission could do better to contain the worrying aspects around the sale of horsemeat, suggests Dr Joanna Swabe, EU Director for Humane Society International.

The horsemeat scandal, it seems, is far from over. One only needs to look at the recent case of horsemeat from Latvia in frozen meat pies sold in the United Kingdom to see that horsemeat fraud is widespread.

Even in the legal horsemeat trade, things are not completely kosher. It has been three years since the European Union introduced strict new requirements for the import of horsemeat from non-EU countries, yet meat from horses that should never have been allowed to be slaughtered for export continues to be placed on the EU market. The European Commission has failed to stem this tide of horsemeat imports.  The question is, when can we expect the Commission to act?

No explicit link has yet been made between these imports and the horsemeat implicated in the recent fraud.  However, for those of us working to protect horses, the discoveries of illicit horsemeat in beef burgers, lasagne and pies provides a missing puzzle piece: could this be where so much of the horsemeat imported into the EU is going?

Horsemeat is already lawfully and routinely processed into cheap convenience foods in some parts of Europe without many consumers realising it (unless they read the small print). It is easy to see how unscrupulous operators have been able to launder horsemeat into the food chain by passing it off as beef. The rise of processed meat products explains, in part, the apparent surfeit of horsemeat in Europe, because most consumers are not clamouring to eat it.

Indeed, the European horsemeat industry has been in steady decline since the 1960s as both culinary tastes and cultural attitudes have gradually changed.

Evidently, only a minority of French and Italian consumers are actually going out of their way to regularly consume horse flesh. A survey conducted by Ipsos MORI for Humane Society International in 2012 found that only 50 percent of respondents in France and 58 percent in Italy believed that it was acceptable to eat horses. Moreover, most respondents said they never or only sometimes eat horsemeat, whilst a mere three percent of Italians and four percent of French claimed to eat it frequently.

Even when horsemeat appears on the label of processed meat products with no question of food fraud, without mandatory origin labelling, EU consumers still have no idea where that meat came from. Why does that matter? Because imported horse flesh that fails to meet EU food safety standards poses a potentially serious health hazard.

The end of July marked three years since the EU introduced stricter import requirements. Only imports of horsemeat from horses with a known lifetime medical treatment history, and whose records showed they satisfied veterinary medicine withdrawal periods, are supposed to be allowed in. Yet measures taken by export countries, to preclude veterinary drug residues from entering the food chain, are not fit for purpose.

About 20 percent of horsemeat consumed in the EU comes from Canada and Mexico, but the majority of that meat actually derives from US horses – none of which are raised for slaughter but are instead acquired from random sources.

This is worrying because in the US the use of veterinary drugs, such as phenylbutazone, prohibited in the EU for use in food-producing animals, is widespread and there is no mandatory lifetime veterinary medical record-keeping.

Canada’s and Mexico’s lack of compliance has been exposed multiple times by NGOs, journalists and the European Commission’s Food and Veterinary Office, including the problem of so-called ‘kill buyers’ who purchase US horses at auction and ship them long distances over the border to be killed for food.

Since 2010, FVO audits have found Canada and Mexico failing to ensure that all horsemeat meets EU requirements.

In the aftermath of one of Europe’s biggest ever food scandals, the European Commission has consistently failed to act to stop imports of horsemeat from third countries that do not meet the EU food safety requirements. With consumer confidence at an all time low, it is the Commission’s duty to ensure that meat not considered fit for human consumption by EU standards no longer ends up on EU consumers’ plates.

3 thoughts on “Scant progress made in EU horsemeat regulation”