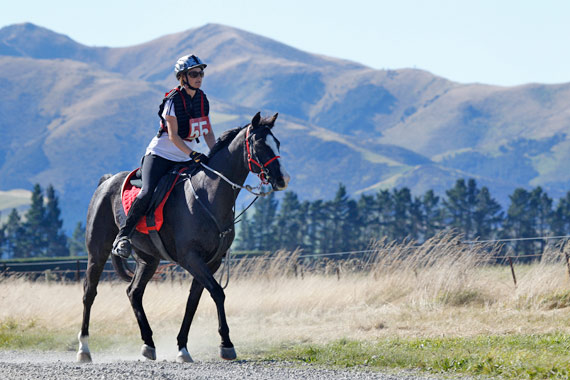 FEI President Princess Haya has ordered a round-table discussion about concerns within the sport of endurance.

The planned meeting is understood to be in response to complaints from several European national federations over doping and horse welfare issues in endurance in Middle Eastern nations.

Haya has asked Andrew Finding, a board member of the European Equestrian Federation, to chair the round-table session.

The FEI has invited representatives from the Swiss and United Arab Emirates national federations, and the European Equestrian Federation to attend the round table, which will be held at FEI headquarters in Lausanne, Switzerland.

The Swiss Equestrian Federation is understood to be leading the charge on the issue, citing the high incidence of doping and equine fractures in the Middle East in the sport.

It has written to the FEI on the issue. Belgian officials have also complained.

From January 2010 to December 2012, the great majority – around 80 per cent – of doping cases involving endurance horses originated from the Middle East.

The chairman of the FEI Endurance Committee, Brian Sheahan, will attend the round-table session, along with FEI Secretary General Ingmar De Vos. A date will be fixed shortly.

Haya said: “The objective of this round table session is to bring these parties together in order to have an open discussion about the situation, to create a better understanding of the specific problem areas within the sport and to receive eventual recommendations about potential further steps that can be undertaken.

“We are very happy that Andrew Finding, with all his years of experience in equestrian sport, has agreed to act as chair of this important session.”

Finding, who is also Secretary General of the British Equestrian Federation, said: “I am honoured to support the FEI in working with our friends and colleagues to find a solution to the challenges that we are currently facing in endurance sport.”