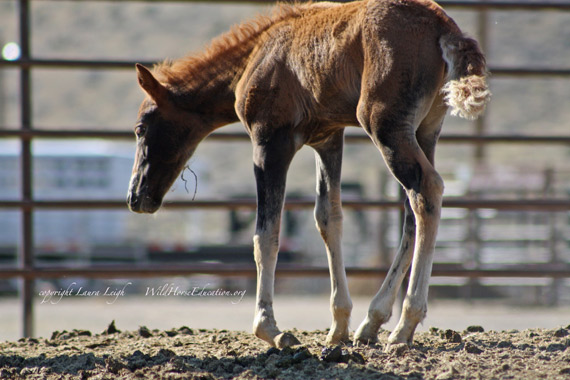 The wild horse and burro advocacy group, Wild Horse Education (WHE), has filed another motion against the Bureau of Land Management over its plans for roundups in the Triple B Complex and the Jackson Mountain area.

The newly described and identified wild horse roundup operations for these areas will be based on bait trapping and would likely result in inhumane conduct, according to the group.

Moreover, the intended roundups, to commence as early as June 13, during the bureau’s own established foaling season, are to be conducted completely outside of public observation, WHE founder Laura Leigh says.

This, she says, is a violation of the First Amendment constitutional right of the public to observe and report on these roundups.

“There are serious flaws in this new plan that give absolutely no assurance to the public on actual numbers of animals removed or any pretense of handling,” Leigh said. “Looking closely at the new ‘plan’, one would almost begin to suspect it was crafted with a primary purpose of removing the current scrutiny of the public and the court instead of creating any objective that has the wild horses’ welfare in mind.”