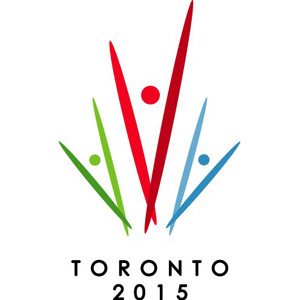 Equine Canada has could out strongly against a proposal to change the number of countries able to qualify for the Olympics through the Pan American Games.

Under the proposals, only one country will be able to qualify for the Olympics in the disciplines of Eventing and Dressage, as opposed to the current two.

Equine Canada has sent a strong message to the Pan American Equestrian Confederation stating its opposition to the proposal.

“We were horrified to learn of this proposal,” Equine Canada President Mike Gallagher said. “It is nothing short of punitive to countries from the Americas.

“To suggest that we reduce the number of available qualification positions for this region will remove motivation and investment in equestrian sport, especially in developing nations within the region.”

In its letter to the Confederation, Equine Canada pointed out the Americas represent more than 30 per cent of all of the FEI-member countries in the world, and that it has the highest growth in FEI-level competitions among the regions. Further, considerable work has gone into raising the standard of competition in the Pan American Games, including a test competition that will take place next month in Florida for a new format for dressage.

“It is tremendously difficult and expensive for riders in the region to travel to competitions in other countries or to Europe,” Gallagher said. “In spite of these challenges, results from the region have been steadily increasing. Regrettably these qualification proposals could virtually eliminate the possibility of more than one country from the Americas region qualifying for the Olympic Games.”

“We do not understand the motivation for these changes. At the FEI, we have come so far in the past decade in demonstrating that world-class equestrian sport exists outside of Europe and that it is truly a worldwide growing sport,”  Gallagher said. “This change sends the exact opposite message”.

“We do support the proposal that both Dressage and Eventing compete with four team members and that the top three will count. However, we feel it’s important that the reserve horse for eventing be allowed to compete as an individual. A conditioned 4* eventing horse only has the opportunity to peak and compete once or twice a year at this level, and to prepare and transport a horse to the Games with the possibility of staying in the stall, will discourage owners and riders from providing reserve horses for the team.”

Equine Canada will continue to press its position towards more equitable and inclusive qualifying criteria coming out of the Pan American Games.