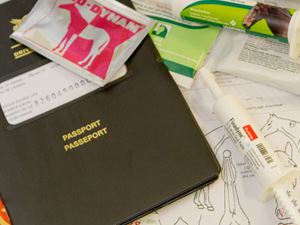 A major overhaul of Britain’s horse passport system is coming in the wake of the horse-meat contamination scandal.

The charity World Horse Welfare reports that Britain’s state agricultural agency, Defra, has agreed to what it called a radical overhaul of the system.

In major developments agreed with the government late last week, representatives from across the horse sector welcomed a commitment from the Secretary of State for Environment, Food and Rural Affairs, Owen Paterson, on several measures to help protect the food chain and provide greater protection for horses.

Participants agreed on the need to overhaul the system for equine identification, to take steps to restrict unnecessary movements of horses across borders and improve traceability in the light of the horse meat crisis.

Defra Minister Lord de Mauley and other senior Defra officials were also present at the 90-minute meeting, where a radical overhaul of the nation’s horse passport system was agreed to ensure that the rising number of horses slaughtered in Britain for human consumption were indeed safe to eat, after the recent Defra-imposed requirement for the testing all equine carcasses ends.

Random tests conducted in recent years showed that 2 per cent to 5 per cent of horse carcasses tested positive for the drug phenylbutazone, a drug that is banned from entering the human food chain.

“We are very encouraged that Defra have recognised the inherent weaknesses of the current passport system and by their open-minded approach to exploring practical solutions,” said Jeanette Allen, chairwoman of the Steering Group of the Equine Sector Council for Health & Welfare.

“We need to seize this moment to implement radical changes to the whole system of equine identification in the UK that is both proportionate and easy to enforce.”

Under European Union law, all horses must be issued with passports which record whether they have received medication which would make them unsafe to eat. However, there has been mounting evidence that Britain’s current unwieldy passport system, with more than 75 authorised issuing organisations providing varying standards of documentation, was easily open to fraud and abuse.

Veterinarian David Mountford said: “For the system to work, it must have the understanding and confidence of horse owners, veterinarians and the general public.

“We need to change the system, but we also need to re-establish its integrity with greater compliance and appropriate enforcement.”

As there is little scope to change the EU regulation requiring horse passports soon, all parties agreed the focus must be on changes to its implementation to deliver the widest possible benefit to the equine sector.

This will be an enormous task as it will require fundamental behaviour change among the country’s 500,000 horse owners as well as for local authorities, veterinary surgeons and dozens of Passport Issuing Organisations (PIOs). It was agreed to jointly develop proposals over the next six months for rapid implementation.

A reinvigorated central database of all horses in the UK was also agreed as a necessity for any effective system of horse identification to work.

Andrew Finding, of the British Equestrian Federation, the national governing body for equestrian sport, said: “The need for the UK to have one central database where horses can be identified and located is immensely important to the equine industry which contributes £7 billion per year to the economy.

“I am pleased the Government agrees that an effective IT system is necessary to underpin a more effective passport system.” 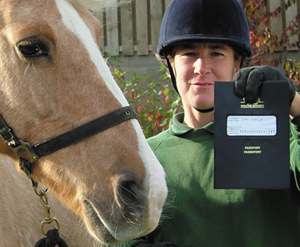 In a further development that could protect the welfare of thousands of vulnerable horses each year, Paterson agreed to ministerial support for negotiations to amend the Tripartite Agreement which permits the free movement of horses without health certification between the UK, Ireland and France.

Since the agreement, which originally applied only to sport horses, was extended to cover all horses in 2005, movements of lower value horses and ponies between the three countries increased dramatically.

This created a number of welfare problems for the vulnerable horses being transported, opened the door to infectious disease and appeared to make horse trading an attractive cover for criminal activity.

The sector council had been pressing for the agreement to revert to its original scope to apply only to racing, thoroughbred breeding and elite sport horses – a position the Government supports.

Roly Owers, of World Horse Welfare, a charity that had long pressed for restrictions to the agreement extended in 2005, called the promise of ministerial involvement “proportionate to the risk this current free-for-all poses to horse welfare and health, and will no doubt remove the attraction of horse dealing to criminals”.

“There is no benefit to this destructive, reckless trade, and so much protection we should be offering to these poor horses.”