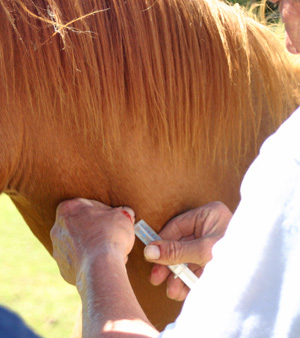 A small survey of British and Irish meat eaters revealed more concerns about the mislabelling of food than any risk to health in the horse-meat contamination scandal.

Days after the initial announcement by the Food Safety Authority of Ireland on January 15 that horse and pig DNA were found in beef burgers, researchers conducted the online consumer study in Britain and Ireland.

It was part of the European Union-funded FoodRisC project.

The study took place before the latest developments around the widespread presence of horse meat in processed beef products within some European countries.

Results showed that consumers were mainly concerned that the claims on labels did not match the contents of the products.

There was little evidence of concern about health risks, although some wondered how government assurances about safety could be so conclusive given that the discovery of horse meat was completely unexpected.

There were a lot of questions about the testing process. Consumers wanted to know whether the tests were routine and if not, what prompted them.

“How often are these tests actually run?” asked a 33-year-old British woman who took part in the survey. “Is it possible the horse and pig meat had been going in to the burgers for a very long time til it was discovered?”

Even at that early stage, several consumers asked whether it might be the case that beef products other than burgers might be affected. Many asked how the contamination could have occurred and for how long the situation had been going on.

There were several questions about what would happen to all the burgers that were withdrawn from supermarkets.

Consumers wanted to know who would be held accountable and what would be done in the future to prevent such contamination happening again.

To conduct the study, researchers from Brunel University and University College Dublin used Vizzata, an online tool that enabled them to collect data about consumers’ main concerns and their questions soon after the first announcement by the Food Safety Authority of Ireland.

Twenty-two consumers from Britain and 22 from the Republic of Ireland, all meat eaters who shopped in at least one of the affected retailers, left a total of 292 questions and comments in the study which started on January 19 and finished on January 27.

“Using Vizzata provided us with an opportunity to learn at a very early stage what sense consumers made of official communications from key agencies,” said Julie Barnett, who leads the study and is professor in health research at Brunel University.

“Uniquely, it allowed us to identify exactly what questions consumers were asking. This provides important evidence at a very early stage of what, for some institutions at least, is a crisis,” she said.

“It is vital to be responsive to consumer views and, where possible, to monitor how these change over time as new issues arise. Vizzata helps us to do this.”

To read a summary of the study, called “Consumer perceptions of the horse meat burger incident”, go here.

A paper will be submitted for peer-review publication.