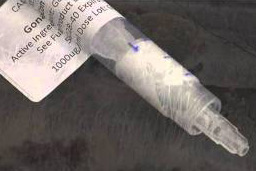 A wild horse advocacy group has reacted with dismay to the regulatory approval given to a second long-term contraceptive drug for use in controlling mustang numbers.

Protect Mustangs voiced its concern over the use of GonaCon, raising fears it had the potential to sterilize wild horses after one application.

It feared that use of such a “harsh” contraceptive on burros had the potential to wipe out the wild population.

GonaCon joins porcine zona pellucida, more commonly known as PZP, but registered under the brand name ZonaStat-H, as a contraceptive drug approved for use in wild mares. PZP has been used in trial programs for more than two decades.

Protect Mustangs voiced its anger that a second contraceptive had been approved, when “extreme roundups” by the Bureau of Land Management (BLM) since 2009 had removed thousands of wild horses.

Today, more than 50,000 are held in government holding facilities, far more than survive in the western rangelands.

“The BLM has rounded up the majority of the wild horses and burros in all 10 western states – far more than they can adopt out.”

Novak said the BLM had for years refused advocates’ requests to perform an accurate independent census.

The group called on the Environmental Protection Agency to immediately retract the approval. The groups said it wanted all wild horses in government holding returned to the herd management area designated under the 1971 Free Roaming Wild Horse and Burro Act.

Novak cited research by Dr Jay Kirkpatrick and Dr Patricia Fazio, which asserted that wild horses should be considered native.

“The mustangers are working at the BLM these days – hiding behind inflated population guesstimates and feral beliefs,” Novak said.

One thought on “Anger at approval of second wild horse contraceptive”