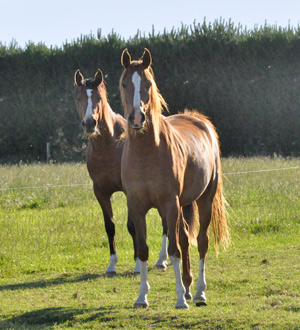 The draft is a revision of the existing code. Submissions close on March 12.

Committee chairman John Hellström said the code advised owners or those in charge of horses about how they can comply with their obligations under the Animal Welfare Act 1999 to meet the animals’ physical,  health and behavioural needs and to alleviate pain and distress.

The Act’s obligations are written in general terms and it is codes of welfare for each species that contain the detailed minimum standards of care and recommendations for best practice.

The draft code applies to all horses, ponies, donkeys and crossbreds that are kept for any purpose in New Zealand, including those kept as companions, for breeding, for sport, entertainment or as working animals.

The code also applied to unbroken and undomesticated horses contained for management purposes.

The proposed minimum standards relate to stockmanship and animal handling; restraint and containment; saddlery and equipment; the provision of food, water and shelter; housing facilities; behaviour and health; breeding; identification; and pre-transport requirements.

This code was originally drafted by the New Zealand Equine Health Association.

It sets out the committee’s assessment of the expectations of New Zealanders for the welfare of equines and
has been reviewed by representatives of interested and affected parties.

The committee has determined that the draft code meets the requirements of the Animal Welfare Act for release
for public consultation and is now seeking public feedback before finalising the code.

Comments were invited on any aspect of the draft code, Hellström said.

Those making submissions should specify those aspects that they support or oppose, the reasoning behind comments, and any alternatives to the provisions of the draft code they wish to recommend.

Hellström said the committee would particularly welcome comment on the following questions:

Hellström said the committee would carefully consider all submissions received, and other matters that it is required to consider under the Animal Welfare Act, before finalising the code and recommending it to the Primary Industries Minister for issue.

He said submissions were public information and may be the subject of requests under the Official Information Act 1982.

The draft code can be viewed here.