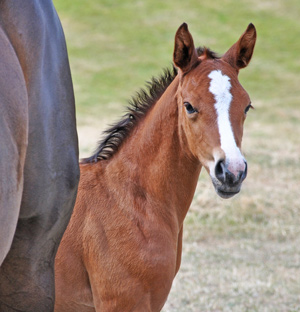 The Humane Society of the United States is forming a Responsible Horse Breeders Council composed of horse breeders around the country who are dedicated to improving horse welfare.

Its goal is to decrease the number of horses in the US who are at risk of being neglected, abused or slaughtered for human consumption.

Council members will work with the society to discourage overbreeding and to promote responsible horse ownership and nationwide horse rescue and rehoming efforts.

“We have a responsibility to every horse born, and for some time now there has been a crisis of overbreeding that is having a terrible impact on the welfare of horses,” said Keith Dane, the society’s director of equine protection.

“Horse slaughter has been used as an outlet for irresponsible breeders to continue to overbreed horses and to treat them as disposable commodities,” Dane said.

“The Humane Society of the United States is working to end this unnecessary slaughter of horses, and we commend the responsible breeders who have chosen to be part of the solution.”

Council member Melissa Forberg said: “As a breeder of Arabian horses for 30 years, I believe that responsible breeding means not only breeding for the finest conformation and behavior, but also ensuring that our foals lead happy, productive lives.

“This commitment to the welfare of our foals must be lifelong and unwavering.”

As a first step, the council is encouraging horse breeders to sign a pledge to breed responsibly.

In doing so, they agree to take back any horse they have bred should the horse become homeless or at-risk of being abused or sent to slaughter.

More than 800 breeders have already joined the responsible breeder’s list. Horse breeders can join the initiative by emailing vpringle@humanesociety.org.