British Eventing’s former showjumping trainer Kenneth Clawson has died at the age of 63 following a battle with leukaemia.

Clawson, who died on December 11, became showjumping team trainer to the British Senior Eventing squad and World Class Programme in 1998, a role he remained in until the Beijing Olympics in 2008. He played an integral part in helping the British team win 21 gold medals, four team golds, three individual European, one Olympic, one World gold and several more silver and bronze medals at World, Olympic and European Championships.

In early 2007 Clawson was diagnosed with Acute Myeloid Leukaemia and began treatment with chemotherapy immediately afterwards. Following this treatment, he returned to full strength and after discussions with Eventing World Class Programme Performance Manager Yogi Breisner and Will Connell took the decision to concentrate on the BEF’s Development squad and Equine Pathway.

In summer 2011, Clawson was told that he was in full remission but sadly in early 2012 this was found not to be the case. In August 2012, a successful bone marrow match was found and following this transplant he had been continuing his recovery in the confines of his home in Leire, South Leicestershire. 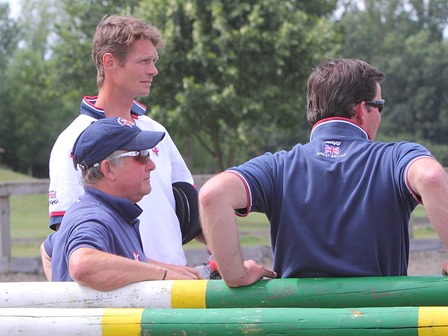 During his recovery from the transplant, Clawson said: “In my heart, I’m sure that being able to watch the best equestrian Olympics [London 2012] ever gave me the adrenaline buzz I needed to help the transplant to engraft successfully.”

British Equestrian Performance Director Will Connell remembers his former colleague fondly: “It feels as if a bright sparkling Christmas light has gone out: Kenneth was so much more than a talented and successful coach to the GBR Eventing Team and World Class Programme.

“He epitomised the accolade “Team Player” – he was epicentral to creating the winning and positive environment that has stood the Eventing Team in such good stead; but was equally as happy, motivated and effective when working with amateur riders who just enjoyed the thrill of riding. He has helped GBR win many medals but he will be most missed as a friend to the Equestrian world.”

The funeral will be held on January 3 at the Church of St Peter in Leire near Lutterworth, Leicestershire.